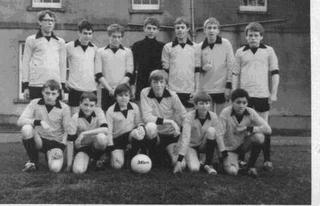 Thirty years ago – the school football team in 1975

I picked my way gently through the Dartmoor roads, at times so narrow that the ferns on both sides touched the car. Partly I was anxious not to get the slightest scratch on the hire car; partly I was trying to remember past moments from those roads and the hills between which they ran. Thirty years ago, but I was still half concerned that I would meet one of the old housemasters driving a school minibus at breakneck speed though the valley.

I was told that the fastest driver of them all had died of cancer some years ago. Not that he would be driving these roads if he were alive, the school closed in the 1980s. It was almost a quarter of a century since I last passed through the gates and I wondered if I would have the confidence to drive into the old grounds.

We came to the crossroads before I expected, I indicated to no-one in particular and swung to the right between granite pillars, a hundred yards later and I turned left into the old school driveway. Everything was smaller than I remembered, buildings had changed; some had disappeared. I stopped outside the main office.
There was no sign of life. 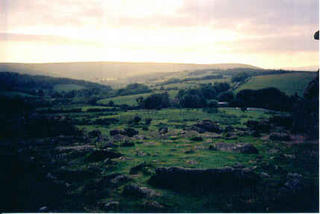 I suddenly wondered why I was there. How absurd, to be stepping back thirty years. I turned the car and headed back down the driveway. 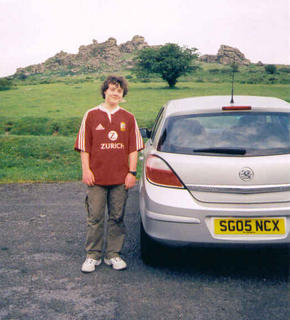 It was a Sunday evening and thirty years ago it would probably have been the last Sunday of the school year. I imagined I could hear on the wind the words of ‘God be with you till we meet again’, and then the voices and the laughter. The girls from the sister school in Teignmouth, dressed in the height of fashion, giggling and coy or confidently precocious. The boys in the staid Sunday uniform, black blazer, maroon tie, white shirt, awkward and gawky in the presence of female company.

Thirty years later and there were better things to be doing on a Sunday evening than looking for ghosts. We drove to Hound Tor and climbed to the top on a perfect long June summer evening. No ghosts had been seen; perhaps they never existed.