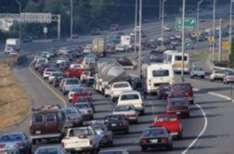 The Twelfth of July is a public holiday in Northern Ireland. In the years we lived there it was a day for doing nothing and getting ready for summer holidays just around the corner. Summer holidays were always chosen with care, there are certain places I will never be going.

I have suffered from depression since I was quite young. Not that I knew what it was in younger years. I would feel almost trapped at times, surrounded by was a dark shadow, held by this sort of feeling of melancholy that had no cause or reason. I used to watch the television news even when I was at primary school, not that I understood most of it, but because it was a way of escaping from myself and the world around me. Life on the television news seemed to make sense, the world seemed a controlled and ordered place. I didn’t understand the awful things that were happening in Vietnam, but I assumed that the good guys were winning and that everything would be all right in the end, just as it was at the end of the war films.

I liked a world in which I didn’t have to think too much, where things were ordered and predictable and where not much was expected of me. Since those times I have feared being alone and being isolated. I have always liked the feeling of security that comes from knowing that you are surrounded by people going about their daily duties. In my university days I lodged with an uncle and aunt in Kew in west London. At night you could hear the trains on the District and North London lines, you could hear the traffic going along the South Circular, and you could hear the aircraft going into Heathrow airport – there was reassurance in the familiar world continuing as one slept.

Remote places have always held a fear for me. They leave me exposed to my own thoughts and reflections and my first instinct is to try and find familiar things, to try to find sounds and experiences that make me feel secure. I remember being in the Philippines at the beginning of the first Gulf War and nagging at our driver until he lent me his short wave radio and I was able to hear the BBC World Service. In Tanzania I behaved in the same eccentric way when we were in a remote corner of south west Tanzania – I couldn’t find the BBC but I found the German station and put that on. I don’t speak a word of German, it was simply to have something that took away the feelings of remoteness.

When it comes to the holidays, we will be off to the tourist traps, where there will be no remoteness and no possibility of being alone.