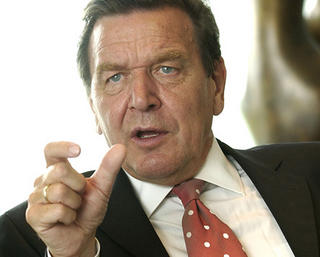 The last time I had been in the Black Forest was in 1992. The towns in those days were pristine; everything immaculate and well-ordered. If one wanted a picture of the success of German efficiency and the pleasantness of their way of life, here it was.

It was with memories of 1992 that we went to a town in the Black Forest last week. There were delays on the autobahn and it was ten to eight in the evening before we reached our campsite. The reception had closed at six o’clock. We found a courier who let us through the entrance barrier. I was told that the site restaurant didn’t open on Wednesdays and the local supermarkets closed at eight and that there would be no other shops open.

We found a restaurant that was mostly empty. Two or three other families were sitting, eating in almost total silence. There was a funereal feeling about the place!

The next day we walked through the town. There were still delightful parts – the park was perfection – but there was a raggedness about the edges. Shops lay empty. A children’s play park was full of weeds and there was graffiti on the walls. When we went for an evening stroll the town was completely deserted.

Years of news reports about German economic problems meant more than just difficult numbers; they meant that places like this once delightful little town had become down at heel and unloved in appearance.

In 1992 Ireland would have appeared battered and rundown. Driving north through Co Wexford on Sunday evening, Ireland looked perfect. Smooth and wide roads and towns that were vibrant with people gathering at pubs and restaurants and just out enjoying the late summer evening air. There were no deserted streets to be seen.

I discussed it with a French friend. The German experiment was a great success; a new inclusive and peaceful society had been created and out of the ashes. Germany had been a delight for all who believed in social democratic values. “But now”, he shrugged, “it has come to an end”.

The glum look of the German chancellor on the election posters would suggest he agrees.