“While people are saying, “Peace and safety,” destruction will come on them suddenly” 1Thessalonians 5:3

Winston Churchill is alleged to have once said that, “history is just one thing after another”. I was always troubled by that suggestion. I always liked to think that there was a pattern in history; that great events formed part of a sequence; that there were movements and tides that carried things inexorably along. Reading history books in recent times has more and more convinced me that Churchill was right, that history is just one thing after another, and that my imagination was very wide of the mark in thinking that there was a clear purpose.

When Paul says, “Now, brothers, about times and dates we do not need to write to you, for you know very well that the day of the Lord will come like a thief in the night”, he is saying that we cannot discern trends or purposes. He is saying that only the Lord knows when things will occur, and, if only the Lord knows when things will occur, then Paul advises us, “let us not be like others, who are asleep, but let us be alert and self-controlled”.

On a Remembrance Sunday as we remember those who have fallen in war, Paul’s words seem to have a particular aptness. The two World Wars of the 20th Century were not a consequence of great movements or tides, but were stumbled into by people who could not see what lay ahead.

I read Clive Ponting’s book “Thirteen Days” last year. If it were no so serious, it would be funny at times. It gives an hour by hour account of what happened in Europe’s capital cities in the thirteen days leading up to the outbreak of the Great War in 1914. It has some very funny moments.

In London, Sir Edward Grey, the British Foreign Secretary did not speak French, which would not have been a problem if it were not for the fact that the French ambassador in London did not speak English in his meetings with Grey, and hated England so much that he went home to Paris at weekends. They would meet without interpreters; the history of Europe hanging on encounters between two men who did not understand each other.

The tragi-comic slide towards the cataclysmic events wasn’t helped by the British Prime Minister, Herbert Asquith, who during the British Cabinet’s meetings sat at the table writing; not notes on what was being said by Government ministers about events that would change the world, but letters to his girlfriend.

Read the accounts of the summer of 1914 and you get no sense that people have any idea that they are approaching a war of unimaginable proportions.

Paul is thinking about the end of the world when he says, “While people are saying, “Peace and safety,” destruction will come on them suddenly”, but they are words that are very fitting for August 1914.

Twenty-five years later, there is again no sense of what was going to befall Europe. It is very easy to write history looking backwards and to make the British Prime Minister, Neville Chamberlain look like a bumbling fool who completely failed to read the signs of the times. But when he stepped off the plane after flying back from Munich in 1938 and held up the agreement Hitler had signed, there was genuine relief. Chamberlain represented what most people thought and wanted; no-one wanted another war, memories of the last one were painfully fresh. Churchill’s voice was very much that of a small minority. 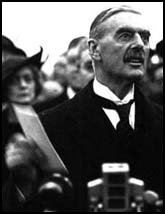 Reading through European history in the 1930s and watching the huge military preparations of the Nazis, and you think, “well, it was clear war was coming”. But even Hitler was surprised that it came when it did; he could not understand why Britain and France would choose to not defend the well armed and equipped Czechoslovakia in 1938, but then chose to defend the much less militarily prepared Poland in 1939.

“While people are saying, “Peace and safety,” destruction will come on them suddenly”, warns Paul. Being Christian in our world means taking seriously Paul’s view that history is entirely unpredictable. It means asking serious questions about what is going on in our world, and not pretending that things that go on have nothing to do with us.

Fintan O’Toole and Tony Kinsella published a book called “Post-Washington” in the summer. One concern they express is about the power of the armaments industry and the purpose of selling so many weapons around the world. One suggestion they make is to sit down with a piece of paper and make a list of what countries might attack you and what countries might you attack. If you go through Europe, country by country, it makes a fascinating exercise. Why are there such huge standing armies right across Europe, if we can’t even imagine who they would fight against? Yet history is not predictable and as long as the potential to use force exists, there will be people who would like the chance to use it.

Paul expects us as Christians to be people of light, to be people who encourage others in the ways of peace, “since we belong to the day,” he says, “let us be self-controlled, putting on faith and love as a breastplate, and the hope of salvation as a helmet”. Our armament doesn’t consist of guns and tanks and planes, it’s consists of faith and hope and love. The onus is on us as individuals; there is no opting out. 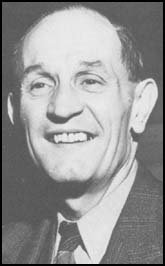 Martin Niemoller was a conservative Protestant pastor who thought he could live his own private life as the Nazis took over Germany. This is what he wrote afterwards,

“You are all sons of the light and sons of the day. We do not belong to the night or to the darkness”, writes Paul. Remembrance is about bringing to mind the need to always remain alert for those who move like a thief in the darkness. It is about bringing to mind that we are to be people of the day and people of the light in a world where no-one knows what will happen.

History is just one thing after another—and through it all we watch for the moments about which Paul warned us, “While people are saying, “Peace and safety,” destruction will come on them suddenly”.