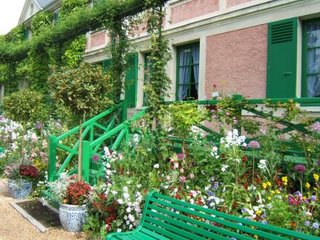 A chance flicking through of the television channels this evening opened up the possibility of a wonderful experience.

Not being enamoured of a World Cup final that included a side where thirteen players come from clubs facing charges of match-fixing and corruption, a switch to RTE 1 brought a programme about a television presenter and a celebrity gardener visiting Paris. Their itinerary included the usual sights, but then a car was hired and they headed out of the city, negotiating the traffic lottery of the Arc de Triomphe on the way.

They drove to a garden established by the impressionist painter Claude Monet in the 19th Century, it was a paradise of colour. Each alley was an array of beauty. The garden was at Giverny, a small town west of the capital. 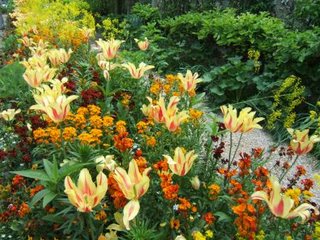 Suddenly there was a moment of inspiration, landing at Ouistreham in Normandy on Saturday, 5th August at 7.30 a.m., we wondered where we would spend the day, not being due in our Paris destination until the evening. I dug out my road atlas and searched for Giverny; there it was beside the A13 motorway, the motorway from Caen to Paris. Our question about where to go was answered – Monet’s garden.

But what if match-fixing scandal involving the Italian footballers had not been uncovered?

Life seems to be a terrible matter of chance.