An English friend of mine was in a local pub watching Liverpool play Sunderland on Saturday. The Premiership match was being shown on one screen and the Six Nations rugby match between England and Wales was being shown on another.

An avid fan of Liverpool, my friend took little notice of the rugby, but was under no illusion who was being supported by the notionally impartial Irish viewers. There did not appear to be a single person who favoured the English. There was a palpable sense of hatred towards England.

Irish fans will support anyone against England. Another friend, who officiated at international level, tells the story of a Corkman coming out of the ground after the French had beaten England. He was visibly glowing with delight. Spotted by a television reporter, he was asked if he was pleased about the match.

“Would you support anyone playing England?”

“Would there be no match at which you would support England?”

He scratched his head and said, “Well, now, I suppose if they were playing Tipperary . . .”

England just seem to have the knack of alienating everyone else and then becoming the butt of everyone’s jokes. I admit that even I had to laugh at this from Shane Hegarty’s blog Present Tense. 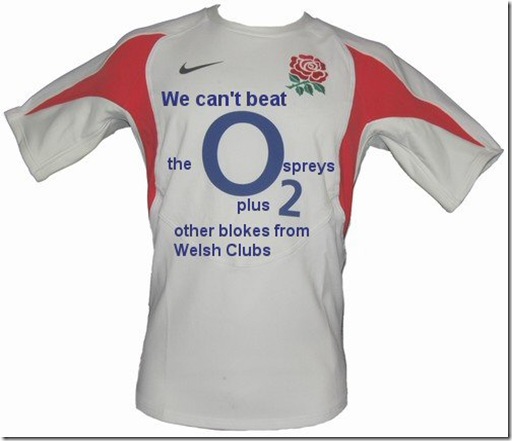