Private Frazer from the British television series Dad’s Army had a standard response to any and every untoward event: rolling his eyes in a sinister way he would declare to everyone around in a broad Hebridean Scots accent, “We’re doomed, I tell ye”.

Were John Laurie, the actor who played Frazer, still alive, his insights would be a valuable contribution to political and economic commentary.  Rather than RTE paying reporters and analysts to repeat constant glum assertions, they might save money by simply having Laurie go the whole hog, “We’re doomed, I tell ye”.

“Mr Laurie, what do you make of the government’s response to the banking crisis?”

“Mr Laurie, how do you see the collapse of share prices?”

“Mr Laurie, what would be you reading of the government’s budgetary measures?”

We are not doomed.

Reports of the economy falling back to where it was five years ago cast gloom and despondency around the place, yet anyone living in any decade previously would have been delighted to be at the levels of 2003.  Irrational thinking has taken over; some companies shares have now been so oversold that the stock market capitalisation of companies has fallen below the value of their tangible assets, i.e. if you added up the value of all their shares put together it would be less than the value of the assets they have in terms of goods and property.

Driving down to Co Wexford on a bright October bank holiday, there was no sense of doom.  Wexford town was buzzing with people.  There is an abundance of art galleries, attracted by the cultural richness brought to the town by its annual festival.  The galleries were open and none was offering anything at sale prices.  The streets were filled with people and the pubs and cafes were crowded.

Were any of those enjoying the holiday sunshine asked how the felt about the economy, they would probably answer in pessimistic terms.  they have been told repeatedly that we’re all doomed and would be afraid to challenge the orthodoxy.

There is a wide waterfront in Wexford with some of the shiniest fishing boats I have ever seen. 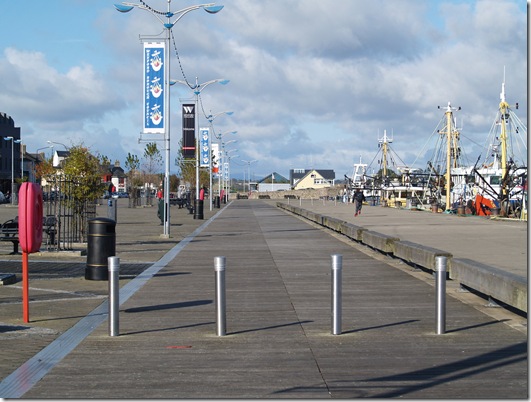 To the left of the waterfront, between the promenade and the street, runs the railway line.  Were one travelling on the train from Rosslare, one would be delighted to encounter such a vista.  The problem is that, immediately before reaching the waterfront, the train encounters a blind bend.  The vision ahead is so restricted that the driver is instructed to slow to 5 mph. 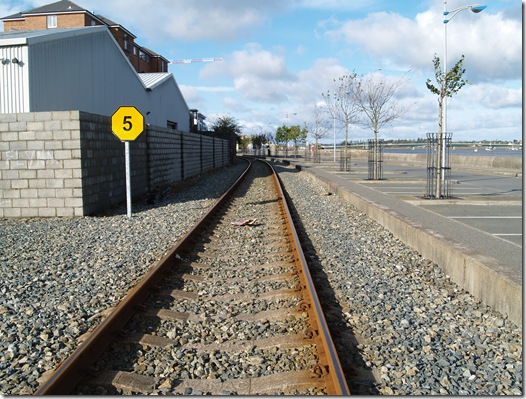 If one knew that the bend brought one to a pleasant place, it would be much easier to be confident about the journey ahead.  What we need from our leadership is the assurance that there are bright visas ahead.  In economics prophecies are often self-fulfilling, and if the prophecy is not true, well at least we have not gone to our doom miserably.