There must have been a point when shopping passed from being a necessary duty to being a leisure activity.

My grandmother in Somerset did her weekly shopping from the farm telephone: making a list through the week, she would phone the Co-op in the local village with her list of requirements and the Co-op van would deliver her groceries to her door (online shopping would have been no novelty to her).

Trips to towns with high streets and department stores were rare.  Maybe women would have lingered at drapers, looking at new stock that had arrived, but most shops were hardly places where one could browse.  Perhaps the change began with the supermarkets and the opportunity to shop at your own pace.  But pushing the trolley around Lipton’s, or whatever happened to be one’s supermarket was hardly the ground for a lifestyle change.

Leisure shopping seems really to have developed with the advent of shopping malls.

In Northern Ireland, it used to be said that the shopping centres appeared not as marketing devices, but as a response to terrorism.  As bombs tore the hearts out of towns and cities, retailers located in out of town sites; sites that had ample car parking for an increasingly mobile population and sites that were more easily secured against attack than shops that fronted onto streets with passing traffic.  In Belfast the security response was to close the city centre shopping streets to traffic, but the malls became well established.

Living in Newtownards in Co Down in the ’80s, the shopping centre became a meeting place; it was warm and welcoming with a string of cafes and an abundance of benches.  In a later age, Naomi Klein would criticize the development of such places and complain about the loss of public space, but at the time it represented a haven from the world outside.

The shopping mall has now become the first choice as a meeting place, particularly for young people.  My 15 year old daughter will meet friends at a sushi bar at the centre in Dundrum in south Dublin, before spending the afternoon browsing through shops which are the clones of others around the world.

The mall represents a safe place, an environment protected against the excesses of drink and drug abuse that mark parts of the city.  There is no danger of meeting an English stag party drinking and cursing their way through the streets, and no danger of getting threatened by some addict looking for money.  In our failure to secure our city, we have driven people indoors.

The malls reassure because they are predictable; before one goes through the automatic doors, it would not be hard to list the stores one expects to find.  The mall enables shopping as leisure.

Sadly the mall also threatens.  When the new centre in Dundrum opened, there was no place for small independent stores.  These did not fit with the slick, label oriented clientele sought by the proprietors.  The centre is a vision of globalized heaven (or hell, according to one’s perception).

What will become of the streets of our provincial towns when the last customer succumbs to the temptations beyond those sliding doors? 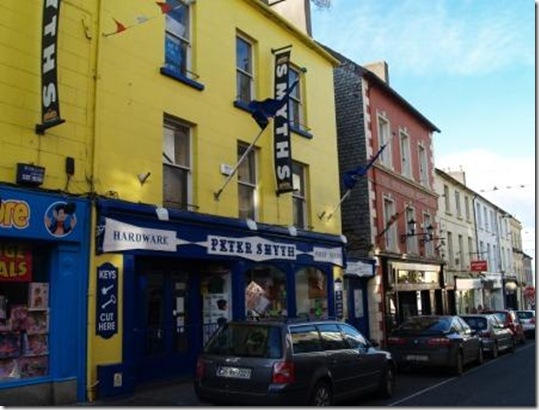