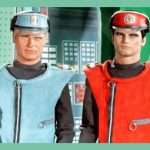 The acronyms are flying around leaving most ordinary people bewildered as to what it is the Government is doing offering €54 billion of money it does not have for assets that have a market value that is considerably less, even by the Government’s own admission. Ireland is bust in phenomenal style and anything that offers a moment’s escape from reality is welcome.

Like the SPVs, the Special Purpose Vehicles the not yet established National Asset Management Agency is using for its investments. These are not armour plated vans that carry cash around; had we stuck to cash we would not be in the mess we are in, but sophisticated financial mechanisms. Voices of complaint have been raised that the SPVs are for the purpose of bringing benefit to the private investors and do few favours for the long suffering tax payers who are underwriting the whole creaky edifice, but no matter, SPV for a generation of schoolboys had nothing to do with the financial instruments of a country gone broke; SPV was nothing other than the Spectrum Pursuit Vehicle.

The Spectrum Pursuit Vehicle was an all terrain armoured vehicle that was driven by a driver who faced backwards and steered with the aid of a television monitor. The SPV, of course, did not exist. Even the most gullible of schoolboys would not have taken anything on Captain Scarlet as remotely true. Spectrum was an acronym for something; its officers, each one having the name of a colour took commands from Colonel White. The enemies were the Mysterons, whose presence was indicated by hoops of light passing over the places they approached. They had turned one of the Spectrum officers to their own evil ways; inevitably, the traitor in Spectrum’s ranks was Captain Black, who had a sinister look and a permanent five o’clock shadow. (Captain Black gave me a lifelong distrust of people with designer stubble). The female presence came in the form of the Angels; the fighter pilots who took to the air in brilliant white aircraft and were called things like Melody and Harmony.

The SPV was part of a programme that was part of a whole genre of children’s programmes: Thunderbirds, with the exploits of International Rescue, offered much more variety than Captain Scarlet, and had no scary aliens; it also gave rise to far more merchandise than Captain Scarlet could even have imagined. How many Thunderbird craft were there? Five? On top of which there was Lady Penelope’s pink car. A friend had the complete Thunderbird set, but games always meant he got the best craft and gave all the orders.

The programmes seem extraordinarily simple in a time where computer generated images offering increasing complexity. The puppets never looked like anything other than puppets. But they lived in times where the good guys won and the bad guys got their comeuppance. Their unreality seems sometimes preferable to our current reality. Even International rescue could not find €54 billion to pay for NAMA: oh for a world where SP stood for Spectrum Pursuit.