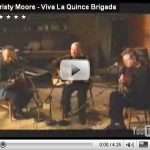 A funeral to attend in rural Ulster.

“Be careful”, echoes down the hall as I open the front door and head out into the winter landscape.

“If I was anymore careful, I wouldn’t get out of bed in the mornings”.

The drive northwards is easy, the roads clear and dry and the sunshine brilliant.  Heading back into Dublin in the dark, the M50 moves at the speed of a supermarket queue and the car slips and slides up the hill to Ballybrack.  Being the essence of carefulness, it is too slippery to take the dogs for their nightly amble along Church Road.

Sometimes, to have lived a life that was not careful would have been an inviting prospect.

Who would think the Spanish war
Flared like new tenure of a star,
the way our rhymes and writings are?
That Hilliard spilled his boxer’s blood
Through Albacete’s snow and mud,
And smiled to comrade death, Salud.

Hilliard, a boxer?  Certainly he was, but, in college days, he was a hero.  One lunchtime, sat outside a lecture room in the soulless corridors of the Arts Block in Trinity College, Dublin, his nephew Stephen told the story of the Revd Robert Martin Hilliard.

Dead by the age of 34, Robert Hilliard seemed to do so much in a single life.  Stephen told of his uncle’s parting company with Trinity College over politics; his career in advertising; his proficiency as a boxer; his involvement with the Moral Rearmament movement and the return to Trinity and ordination; then the final twist in the tale, as his old radicalism reasserted itself and he went off to die in Spain.

It is hard to think of another Church of Ireland cleric who would merit a place in poems and ballads.  We are the essence of carefulness. 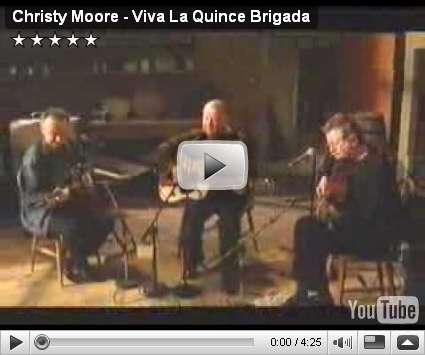