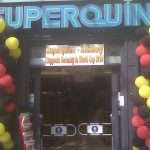 There is an American comedy film called ‘National Lampoon’s European Vacation’; in it an American family travel around Europe, spreading a trail of chaos and destruction wherever they go. In each city they visit they cause some grave misfortune to an English tourist played by Eric Idle, and each time the Englishman apologises, how careless of him to be in the way of their car when they ran him over, and so on.

Idle’s character is a caricature of Englishness, but it makes the point that there was a tradition of politeness and understatement. English politics is a very gentlemanly affair compared to the political process in many countries.

The tradition of politeness, of being nice, even if sometimes you didn’t really mean it, seems to have come out of the history of the country. In the 17th century the country was torn apart by civil war and there followed the rule of Oliver Cromwell. The restoration of the monarchy and re-establishment of the Church of England in 1660 had a great deal of compromises. The Church sought to embrace as wide a range of people as possible, the Book of Common Prayer in 1662 seemed to provide something for almost everyone, you could be very high church or very low church and still feel that there was a place for you.  Given that being a member of the Church of England was a requirement for everyone, comprehensiveness was probably a practical response to the realities of the situation.

This spirit of comprehensiveness was followed in the 18th century by the influence of the Enlightenment – the feeling that religious belief should be reasonable and rational. So there developed a Church which stressed reasonableness and the reconciliation of widely differing beliefs. Being ‘reasonable’ became a mark of English society and as imperial expansion carried English influence and the English Church around the world through the 19th and 20th centuries, they carried with them these qualities, this desire to find the middle way and to bring people together.

So we find ourselves here, at the beginning of the 21st century, as products of this long history. We are ‘nice’. It is part of our tradition to be ‘nice’. There is nothing wrong with being nice, I once heard a Church of England clergyman respond to the charge that the Church was ‘nice’, by saying he felt that it was more Christian to be nice than to be nasty.

Walking into an Irish supermarket this morning, bedecked in German colours, memories came of the story of the man in Dublin who during the Second World hoisted a flag every time he heard of a British defeat.

All those years of trying to be nice, and still no-one likes us.