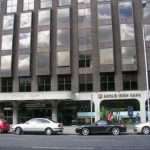 Passing the estate for the first time in a while, it seemed quiet. Back in the ‘90s it had a name for rowdy behaviour and violent incidents, though sometimes I wondered if the reputation was deserved. Doing a hospital chaplain’s round for a colleague who was away on holiday, I once met a man from the estate. He sat in a chair beside a bed, his head heavily bandaged. “How are you?”

“You’re living down in the estate – is it quiet there these days?”

“Quiet! Quiet! How do you think I got this, if the place was quiet?”

I noticed that blood had seeped through the bandage on one side of his head. “What happened?”

“The son hit me with a meat cleaver”.

I refrained from asking whether the Gardai had arrested his son on a charge of attempted murder, or whether the meat cleaver was perhaps something blunter.

The man’s perspective was interesting. Was the estate quiet? No, not because anything general was going on, but because there had been a row in his particular family. His assessment was entirely governed by his own circumstances, he could not see beyond his own personal issues. 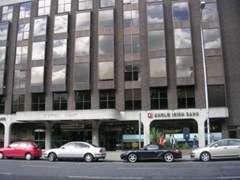 Walking around Saint Stephen’s Green this afternoon, I passed the offices of the zombie Anglo Irish Bank. Those who held sway within the doors of that institution have so far cost Ireland €25 billion, not to mention the damage they inspired in other financial institutions through their culture of spin and downright deceit. It is galling that the offices are still on Saint Stephen’s Green, a more fitting location would be on some half finished estate, or empty commercial premises. It would be difficult to disagree with the assessment of Senator Shane Ross that Ireland is run by a small coterie of people for the benefit of themselves and their friends.

There is a strange parallel between the man with the bandaged head and the bankers whose recklessness has been worse than swinging a meat cleaver; both see the world through their own eyes. The bankers used phrases such as ‘systemic importance’ when attempting to impose their perspective on the rest of the community – ‘because we are in a bad way, then everyone else must be in a bad way’, was their reasoning. The man in the hospital would never have encountered the word ‘systemic’, unless it were the name of a racehorse, but he similarly believed that his own situation was the situation that pertained in the entire estate.

The response to the man was to note his pain and to walk on; he must resolve his problems for himself. In the absence of a political meat cleaver, it’s time to walk on from the banks, whose only interest is in their own perspective.