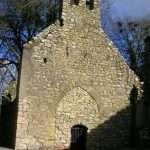 Discussing vocations with a member of a Roman Catholic religious order, I tried to be upbeat. “There are lots of vocations in Africa?”

The sister looked at me as if I were astonishingly naive, “And why wouldn’t there be? If you were an African woman, wouldn’t you join a religious order? It’s safe and secure and a better life than many of them could hope for”.

It seemed an unduly cynical view of the situation; surely, no-one would follow the way of austerity and self-denial simply because it seemed a good lifestyle option?

The sister was a wise woman with years of overseas experience and it did not seem appropriate to question her assessment. Watching the life lived by many African women in visits during the past two years, the plain and simple life of the convent probably did seem a better option. Facing the prospect of poverty and subservience and multiple pregnancies, the veil might seem considerably more attractive.

But the sister’s assessment might be applied across a much wider spectrum of religious vocations. Meeting a diocesan director of ordinands almost thirty years ago, he said, “Ah, Ian, we always get a surge of vocations when unemployment is high”. Perhaps his assessment was merely a statement of fact, but it carried a hint that he thought his busyness in those years of the early-1980s might owe as much to the economic circumstances of the time as it did to a sense of calling from God.

Listening to a radio interview, a priest spoke of considerably larger attendances at Mass in recent times; the interviewer sounded slightly cynical in suggesting that people in difficult circumstances might try anything. The priest did not attempt to argue with the suggestion, but added that people might also have decided that there must be more to life than the material things that had been all that mattered during the boom years.

Perhaps we all do what we do for a variety of motives; how many politicians are concerned only with the public service and have no place whatsoever for personal ambitions? How many teachers are motivated solely by teaching and have no thought for salaries or how many days there are until the holidays? How many doctors have no thought other than bringing healing to people and would never worry about whether their fees were paid or whether their salaries reached their bank accounts?

Our reasons for doing things are complex; even those who appear to live lives of pure altruism presumably derive contentment and a sense of personal achievement from their service to others. Is having personal peace of mind necessarily a purer motive than any other? 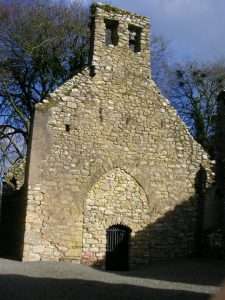 Visiting the ancient monastic site at Saint Mullins in Co Carlow, thoughts arose as to what had brought men to this place? It is an idyllic spot, lush green fields around it, the wide waters of the River Barrow close at hand; there would have been many worse places one might have been. Yet the enduring power of these places owes much to the heroic spirituality of those who gathered in the little stone buildings. Perhaps the question to be answered is not about the vocation, it is what is done with that vocation – whether it be a sister in Africa or a middle aged clergyman in the Irish midlands.