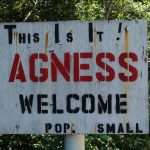 It wasn’t Garrison Keillor country; the Pacific Coast is a long way from the Mid West, but there were people we met along the way who might have felt at home in Keillor’s small fictional town of Lake Wobegon, Minnesota

I have listened to Keillor since the early-90s, his monologues about the ordinary lives of ordinary people in a community out on the edge of the Prairies. Back in the early days, I would have bought cassette tapes of these talks that I would have played on the car radio. There would be double cassette packs on sale in a bookshop in Belfast – two ninety minute tapes, each containing six fifteen minute talks. I listened to some of those tapes so many times I could almost have joined in some of the lines.

I still listen to those monologues, except that now I get them for free. Every week the broadcaster, Garrison Keillor presents his programme The Prairie Home Companion on national public radio in the United States on a Saturday evening and by Monday the programme is on the internet and I can sit in the small and compact counties of the Irish midlands and try to imagine life on the vast American prairies.

It’s fascinating that I can now get for free what I used to have to pay for!

Anyway, I wondered why Lake Wobegon is so attractive, why do fictional stories about everyday life in a very small and very ordinary American town still have a fascination about them? Why did the little towns in Oregon through which we passed each have a distinctive character?

I think it’s about there being a community, about it being a place where everyone has a place and where everyone is recognized. There is a pride in the story of each of those communities recorded in little town museums where enthusiastic volunteers were eager to tell the story of the place that was theirs.

Garrison Keillor’s Lake Wobegon is probably like many towns across the length and breadth of Ireland, a place where you get the atmosphere of a small town community. If he had lived on this side of the Atlantic, he might have found inspiration for characters similar to those in his small town out there on the edge of the Prairies – though there aren’t many places where people would have a comparable passion for their history, and it’s hard to imagine anywhere in Ireland serving meals as large as those in American diners. 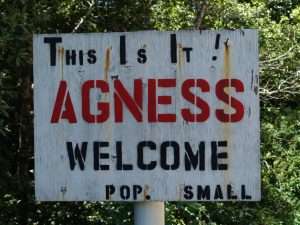