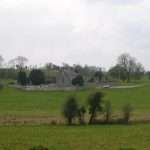 Cearbhall MacDunlainge, king of Ossory in the Ninth Century lies buried in the churchyard at Seir Kieran. A fine stone slab placed by local people marks his burial place and records details of his life. Standing at his graveside as evening drew in, there was a sense of mortality, a sense that the place may have been a monastery in the 6th Century, but 1500 years of history did not make people any less dead than Cearbhall, or all who fell in the struggles with the Vikings.

Turning from the grave and looking at the stones dotted around the ancient graveyard, there was a sense that death had to be coped with, no amount of platitudes or evasions detracted from its brute reality. A stoical frame of mind brought a recalling of Ted Hughes ‘Crow’.

“Crow” for me is a way of coping with life, or, more to the point, with coping with death.

The lines of “Examination at the Womb-Door” sound strange, but in the concluding words there is a sense of hope.

Who owns the whole rainy, stony earth? Death.
Who owns all of space? Death.

But who is stronger than Death?
Me, evidently.

Who is stronger than death? Each of us has to be.

There is no palliative for the pain, nothing to change the reality, just the grim fact that we are still here and that death does not have us.

Till our day to be called home comes, we are to be like Crow. 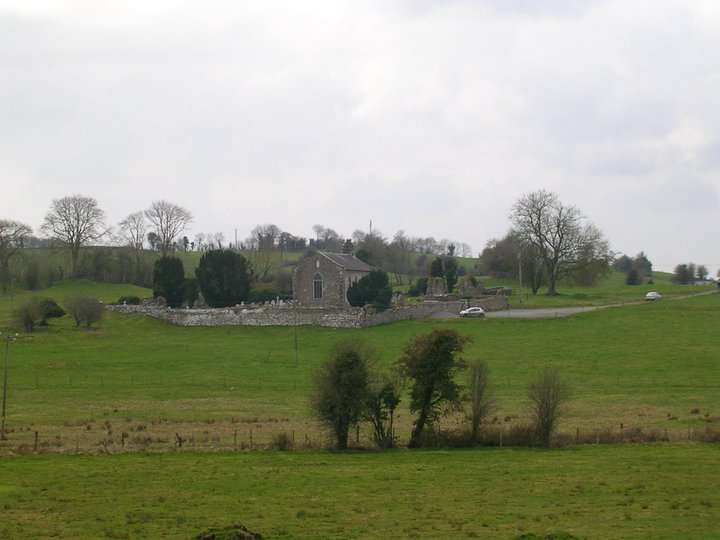