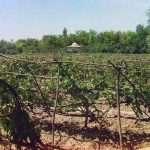 ‘I tell you, the kingdom of God will be taken away from you and given to a people that produces the fruits of the kingdom’ Matthew 21:43

Jesus’ warning was forgotten by the church. The church forgot its status as a tenant in the Kingdom and came to believe that the Kingdom was its own, that the rules and decrees and the dogmas of the church were to be treated as if they came from the one who was the true King.

Like tenants that got above themselves and started regarding the place as their own, the church became arrogant and developed rules that Jesus would never have approved. What sign of the love of Jesus was there ever in the church rule that unbaptized children might not be given a Christian burial? We can read of Jesus regard for children and only wonder at the strange church doctrine of limbo; what fruit of the Kingdom could possibly by compounding the pain and grief of grieving parents?

There is a profoundly moving moment in Thomas Hardy’s 19th Century novel ‘Tess of the d’Urbervilles’ that captures a sense of the arrogance of the church, an arrogance that knew no denominational boundaries. Tess baptizes her newborn baby, fearing it is going to die, but her efforts are not sufficient to satisfy the vicar of the parish, who refuses the child a Christian burial. Hardy’s words would bring tears to the eyes of those who have been through such moments:

‘So the baby was carried in a small deal box, under an ancient woman’s shawl, to the churchyard that night, and buried by lantern-light, at the cost of a shilling and a pint of beer to the sexton, in that shabby corner of God’s allotment where He lets the nettles grow, and where all unbaptized infants, notorious drunkards, suicides, and others of the conjecturally damned are laid. In spite of the untoward surroundings, however, Tess bravely made a little cross of two laths and a piece of string, and having bound it with flowers, she stuck it up at the head of the grave one evening when she could enter the churchyard without being seen, putting at the foot also a bunch of the same flowers in a little jar of water to keep them alive. What matter was it that on the outside of the jar the eye of mere observation noted the words “Keelwell’s Marmalade”? The eye of maternal affection did not see them in its vision of higher things’.

It is inconceivable that the Jesus whom we encounter in the Gospels would have treated a young girl and her dead child in such a way, yet the church believed it ‘Christian’ to do so. How many other doctrines were there in which the church abrogated to itself the status of ruler of God’s Kingdom?

We read the parable of the vineyard and, like the Pharisees, we quickly see who are the characters in the story. God grants a place to people and then sends his servants to ask for what he is due; in succession they are driven out or killed. So God sends his Son, who is also killed.

The first part of the parable is fulfilled in the rejection of Jesus, but what about the fulfilment of the second part, when the owner of the vineyard returns and throws out those who are in possession of it? The church read the parable as being about the Jews being replaced by themselves as the people of the Kingdom. But the idea that grew in Christian history that the church was now the possessor of the vineyard was not one that could be attributed to any action on the part of the owner of the vineyard, instead it was an idea that came through the sad history of Jewish-Christian relations. Jesus’ parable does not speak of the tenants fighting between themselves until one side got control of the place, it speaks of a returning owner and an expulsion of those who had not acted justly. It seems a prophesy of a final judgment; the owner has not yet returned.

The rejection of Jesus is not a one off event, rather it is something that begins with the priests and the Pharisees and is ongoing. The tenants believe they can have the inheritance for themselves, that the vineyard will be theirs. Was that not the attitude of the church for centuries? Did the whole system of church tithes not rest on a notional belief that because God was Lord of all, then the church was entitled to a share of everything, including the property of those who did not believe?

There is a certainty among those tenants that things will be as they want; they expect to be able to kill the son and not meet with punishment. It was with such certainty that the church proceeded for centuries, believing its own rules assumed priority over any appeal to Scripture; disregarding Moses and the Prophets and even the teaching of Jesus himself.

Jesus anticipates a rejection that will continue until a final decisive intervention, ‘Now when the owner of the vineyard comes, what will he do to those tenants?. . . He will put those wretches to a miserable death, and lease the vineyard to other tenants who will give him the produce at the harvest time’.

The produce at harvest time is the fruits of the Kingdom, the attitudes and the actions that Jesus expects from his followers. The owner of the vineyard is not impressed by those who think the vineyard their own, ‘He will put those wretches to a miserable death’. If the final judgment is yet to come, then this is a warning as much to ourselves as to the people who were listening. ‘Therefore I tell you, the kingdom of God will be taken away from you and given to a people that produces the fruits of the kingdom.’

We reflect on the life of the church and we reflect on our own lives and we have to admit that we are in danger of losing our place; a church that hurts people, a church without a sense of grace, a church that turns away from Jesus’ example, is as guilty as those tenants who thought to seize the vineyard for themselves. If such a charge can be brought against the church, it can be brought also against each one of us. Standing in that vineyard, whose side do we take? 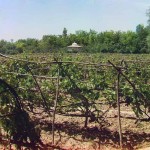