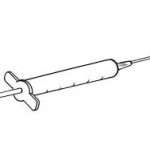 The departure for mid-Africa three weeks hence brought a visit to a tropical medical clinic on Monday. It being the third visit in as many years, the amount of innoculation required was not too intimidating. ‘Sit there’, said the nurse. ‘An arm please’.

‘I think we have had this conversation before’, she responded.

‘I have improved’, I said, ‘I had to go to a clinic in Kigali two years ago and they had to take blood and I didn’t faint’.

She looked unimpressed. The improvement is substantial, though. A few years ago, I attended a Dublin GP for a routine check up, an occasion not to be repeated. It cost €50 and lost its merit in the last moment.

As I got up, he said, ‘One more thing, I see the cholesterol was 6.9 last time, much too high. I think you should come back for some blood tests next week’.

I had a morbid fear of needles and blood and guts. I always had problem attending talks on drug addiction. I still avoid medical documentaries so strongly that I will leave the room if there is one on television. I once nearly fainted at a lecture on medical ethics.

I reported to the health centre at 9.00 expecting the worst. A 30 second procedure took twenty minutes – fifteen of them spent with me recovering.

I went to a meeting afterwards a pale shade of grey.

“Are you a man or a mouse?”asked a colleague.

I only have the problems when I think about things.

A friend was cycling his bicycle down our road one windy day when a wheelie bin blew across and knocked him from his bicycle. His face was covered in blood as he pushed his bike in through our gate. I cleaned him up and applied antiseptic spray without the slightest feeling I was going to collapse. I just didn’t think about it.

The answer was not to think.

Not thinking is, of course, the answer not only to fainting at the doctor’s, but also to most other things that are troubling. Moving along on auto-pilot, just responding instinctively to things that arise is a bit like being a white mouse in a laboratory test.

Man or mouse? Mouse is much easier. 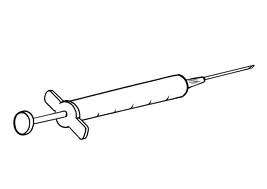