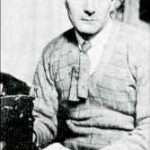 Sean O’Casey became embittered towards the church in which he had been baptized and raised. The Church of Ireland had said nothing while the prospect of the sort of Ireland imagined by O’Casey disappeared without trace. O’Casey eventually faced a situation where the influence of the Roman Catholic Church was such that it was not possible even for his plays to be performed. At one point, in frustration, he had penned lines to the letters column of the Irish Times:

There we go; the streets of Dublin echo with the drumbeats of footsteps running away. The Archbishop in his Palace and the Customs Officer on the quay viva watch to guard virtue and Eire; the other Archbishop (Barton) draws the curtains and sits close to his study fire, saying nothing; and so the Hidden Ireland becomes the Bidden Ireland, and all is swell.

A century on from the Ireland of the young Sean O’Casey and it might have been imagined that a church with no reason to fear anything from anyone might manage some contribution of substance to the public discourse of the state.

For three days last week the bishops of the Church of Ireland gathered to discuss a matter of pressing ethical concern – not the economic crisis in Ireland, not the plight of hundreds of millions of people in Africa, not global concerns about the environment, but whether a priest should have registered his civil partnership with his partner of two decades. In response, evangelicals organized their own conference to discuss the matter (strangely, they never embarked upon such a course of action in response to any of the big issues in the world.)

In an Ireland gone from boom to bust, where hundreds of thousands have lost their jobs and where the poor and vulnerable must now pay the cost of the reckless greed of a small and influential minority, the bishops have still not managed a single statement in response to the culture of lies and deceit and the contravention of the Biblical imperatives to act justly and to defend the poor. Bishops quick to express opinions on matters of private sexual morality can find no words to condemn the scandal of taking from the sick and the weak to give to the wealthy and to the powerful. The archdeacon who calls for the resignation of a bishop on the gay issue makes no such call on the bishops who passively tolerate injustice.

Archbishop Barton closing his curtains and pulling his chair closer to the fire was positively outspoken compared to his successors today. O’Casey would despair of us. 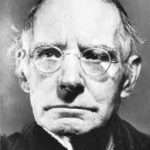