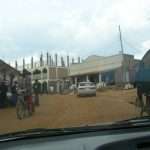 ‘Good morning, Kenya Airways, how can I help you?’

‘I have a ticket for the overnight flight from Heathrow to Nairobi tomorrow and from there to Kigali. The Kigali flight lands at Bujumbura en route and I had phoned in August to ask if it was possible to leave the flight there. The person to whom I spoke had told me that one change to the ticket free of charge was permissible and that this would be acceptable as a change. However, I don’t have any record of the change’.

I read out the string of letters and digits and there was the sound of rapidly tapped keys.

‘The booking was amended as you requested, sir, would you like me to email you the revised itinerary?’

Seconds later the flight details appeared on my monitor.

I thanked the warm voice for her help and expressed the hope that she would have a good week.

‘We really live in a global village’, I thought, and immediately reflected on how ridiculous is the notion that the peoples of the world are somehow neighbours in a village.

Villages have a degree of homogeneity – even if there are some people living in the big manor house, while others live in little places out on the edge, there is a sense of belonging to one place; a feeling that there is something in common. The young woman in the Kenya Airways office at Heathrow and I might belong to one virtual community, but what about the people living in the shanties of Bujumbura? What about those living in single-roomed mud brick houses in rural communities without electricity, without running water, without amenities of any sort? To suggest we inhabit a single global village so stretches the definition of ‘village’ that the word becomes meaningless.

If the world is to be described in terms of a human settlement, its realities are probably better captured by describing it as a city – a city where rich and poor live in separate neighbourhoods hardly aware of the existence of each other, a city where wealth and opportunity are so unevenly distributed that people have nothing in common.

The idea of living in a global village is comforting, it suggests that we all share something; it is an image that is domestic and cosy, unthreatening. It does not confront realities; it does not describe the horrors.

Next time someone speaks of the global village, ask them what it means to live in a village. Ask them if they have been to Bujumbura, or any other of the cities in the world where people live lives unimagined by the comfortable. What sense of village could possibly exist? 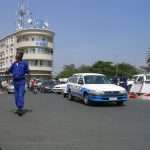