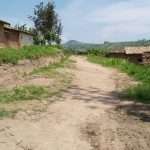 It is a cold and damp evening in Ireland. Leinster have just beaten Munster at Lansdowne Road and the television commercial breaks are filled with advertisements for things that no-one needs. The Christmas advertising campaign has begun – one ad suggests that if we eat Pringles, our Christmas will be merry. It is hard to believe that yesterday morning the scenery around was not the mist covered fields of rural Ireland, but the red soil of Rwanda, that the trees were not the skeletal figures that stand against the dying autumn light, but banana and eucalyptus and jacaranda. Most of all, it is hard to believe that yesterday morning the seats were not comfortable settees, but wooden benches in a mud yard outside a mud brick house which was the home for a woman whose daily life is a struggle with a poverty that is unimaginable here.

What if the people of those African villages had a Christmas wish list? What things would make their life ‘merry’, whatever that word means? Their wishes are not unattainable, a fraction of the money spent on military weapons systems, which do nothing to make the world a safer place, would transform the lives with whom we sat and talked. The list would be simple; it would be things we would have expected in former generations. On the Christmas list there might be theose things included on the ‘Ideal Homes’ post, which appeared here last Sunday:

(i) Houses with concrete walls and floors so as to be able to try to stay dry in the wet season.

It’s a different world than that where advertisements declare ‘Merry Pringles’, but it is only a day’s travel away. 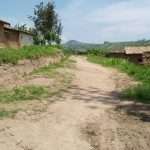