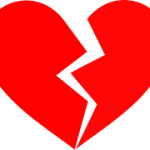 The post-Christmas fare on the radio is less than inspiring: regular presenters and regular features are missing and the air is filled with dross. The usual ploy of flicking from one station to another at particular times in order to avoid boorish, sexist rappers and inane hip-hop failed this afternoon. Rather than the golden oldies I had expected on a station, there was rap. (Why stations where market research show it worthwhile to broadcast the local death notices four times a day, stations which by broadcasting the notices implicitly acknowledge a higher age profile amongst listeners, play rap at all is a mystery, perhaps it is cheap).

There must have been something odd in the meteorological conditions for a station two counties away appeared on the digital display (once, driving through Co Laois, for ten minutes there was clear reception of BBC Radio 1 FM from Britain, then it disappeared as fast as it had appeared). The distinctive voice of Errol Brown filled the car, Hot Chocolate’s ‘It started with a kiss’. Rolling along a country road behind an articulated lorry, there was time to ponder the lyric:

Perhaps not the desolation of Janis Ian’s ‘At Seventeen’, but intense enough. In the song, the loss of a love that has been present from childhood years overshadows adult life.

Perhaps it is about establishing self-identity; perhaps heartbreak is some rite of passage to an adult wisdom.

Whatever their function, the deep emotions of those teenage years feed the record industry with a regular supply of customers susceptible to being reminded of past pains and hurts.

Listening to Adele’s ’21’ on the CD player, there was the realisation that ‘Someone Like You’ stood in the same tradition of lamenting lost love as had ‘It started with a kiss’ three decades previously. It is odd, it is almost as though we enjoy beating ourselves up about pasts that cannot be changed.

It is much less troublesome to listen to classical music. 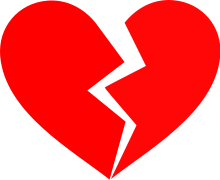