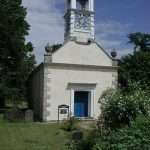 As a result, Jesus could no longer enter a town openly but stayed outside in lonely places. Yet the people still came to him from everywhere. Mark 1:45

Wherever Jesus went. the people sought him. It asks questions of us: do we seek Jesus where he is? Or do we expect Jesus come to where we are? Of course, we would claim that we attempt the former, but, if you are like me, it’s more like that we prefer the idea of Jesus being with us where we are, where we feel comfortable.

The place where I feel comfortable is in the sort of church described by poet John Betjeman who wrote the following lines in aid of a public subscription for Saint Katherine’s Church at Chiselhampton in Oxfordshire:

Across the wet November night
The church is bright with candlelight
And waiting Evensong.
A single bell with plaintive strokes
Pleads louder than the stirring oaks
The leafless lanes along.

It calls the choirboys from their tea
And villagers, the two or three,
Damp down the kitchen fire,
Let out the cat, and up the lane
Go paddling through the gentle rain
Of misty Oxfordshire.

This is the world of Evensong and picture postcard villages and a stable society where there is no crime and no fear and where no-one locks their door and where you play skittles at the village pub and where you buy jam and chutney at the church fete. I’m sure you could add lots of details to the picture.

Like John Betjeman, I am very fond of Evensong. The words of Thomas Cranmer’s 1549 service sung by a boys’ choir create a sense of the God who is the same yesterday, today and forever. If I had to name my favourite service, it would be the 16th Century service of Evening Prayer.When I ask myself why I have that preference, it is not so comforting.

It is essentially a retreat from the world around, an attempt to escape from the realties that are not so pleasant. Evensong makes no demands upon me.In many places, the choir sings everything, so there is no need to really participate. At the end of the service, it is easy to slip away and avoid engaging even in passing pleasantries with anyone else.

It is not meant to be like that. If you read the words of the service, it is quite clear that Cranmer meant it to be a service that challenged individuals, but it is possible to go to Evensong and be undisturbed. Everything is nice and pleasant and reassuring; nothing grates, nothing annoys, there are no irritations; often there is not even a sermon.

Isn’t there a danger of expecting Jesus to meet us where we are, instead of us being like people in the Gospel reading who seek Jesus where he is? Is worship meant to be an experience of being gently reassured? Is it not also meant to disturb us?

When we are confronted with the greatness and wonder and glory of God, when we think of the reality of God, is not there an impulse not to be just gently reassured, but to actually go to seek out this God, in the way that the people sought out Jesus?

Jesus confronts people with disturbing realities about themselves. He comes into Galilee in the opening chapter of Saint Mark’s Gospel proclaiming the Good News and bringing disturbance into the lives of those whom he meets.

The life and the drive of the Church in its early years came from the fact that it was radically new and different. People were touched by their experience of God and allowed themselves to be so disturbed in their old way of life that they gave up their former ways and began to follow Jesus.

I love the world of John Betjeman’s poetry. I love medieval churches built in mellow sandstone. I love cream teas in white marquees. I love the sound of willow against leather on summer afternoons. I love stripy deck chairs and brass bands and village pubs. The problem is that God demands a great deal more from us than just preserving the things we like.

To be God’s people, we must be disturbed.The Christian life is not about staying still or staying in the past; it s a pilgrim life, it is about moving on.

If we are not disturbed, then the church will die. John Betjeman wrote those lines about an Oxfordshire church in 1952. Even then, only two or three went to the evening service. The church is now redundant and in the care of the Churches Conservation Trust – like many other churches, a monument to a past age that future generations will probably fail to understand.

It is not nice being disturbed, but like the people who sought out Jesus in the lonely places, we are challenged to find Jesus where he is – not where we would like him to be. 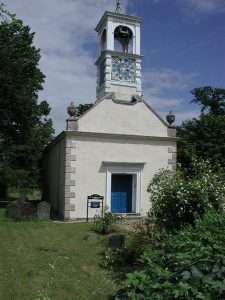