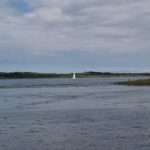 “We have this treasure in jars of clay to show that this all-surpassing power is from God and not from us”. 2 Corinthians 4:7

Did you ever think about Patrick as he was? Not the figure with a mitre on his head (mitres didn’t appear until centuries later), or the figure in parades, but the real person? Spending seven years in Bright Parish four miles from Downpatrick on the Lecale peninsula meant meeting Patrick frequently in local history and legend. I used to feel sorry for him.

Do you remember the words that Saint Paul wrote to the troublesome and quarrelling church at Corinth, “I am glad that I baptised none of you”? I used to think that if Patrick were back he would express similar frustration at the division and disunity within the Church. I also thought that he would have been deeply angry at the comic figure into which he had been turned at numerous parades around the country, a ridiculous figure clad in green with a silly mitre. The picture we have now hardly matches the man who stepped ashore on the shores of Co Down in 432, returning to the land of his captivity because he believed that this was what God wanted.

My favourite local legend was from The Tripartite Life of Patrick, written some four centuries after Patrick’s time. It contains mention of Patrick’s visit to Bright. The tradition is quoted in the Reverend James O’Laverty’s History of the Diocese of Down and Connor . “Then Patrick went from Saball (Saul) southwards that he might preach to Ross, son of Trichem. He it is that dwelt at Derlus, to the south of Dun Lethglaisi (Downpatrick). A small city (cathair becc) is there today – namely Mrechtan (Bright) – where is bishop Loarnn .. .’

I would have delighted if it was true, but even as a later tradition it tells us much about Patrick and about the faith that brought him back to Ireland.

Saul was not a place to make an inconspicuous return to Ireland. In the days before roads sea routes were the main means of communication and Saul lay in close proximity to the Quoile estuary and Strangford Lough, which in Patrick’s time would have been Lough Cuan. Saul lay at the heart of rolling green hills, good farmland much desired by rival chieftains. To hold your ground in the Lecale you had to be tough. Covetous eyes would have looked at your farm and any signs of softness would have seen you swept into the sea.

Patrick doesn’t creep off into the mountains that lay to the south to consider his strategy, he makes his base directly in the heart of a countryside of tough men. It is one of these who gives him the barn at Saul that became his first church. Like Paul going to the cities of the ancient world to bring the Good News, Patrick does not shy away from taking on the world head on. There is no apologetic tone in Patrick’s approach. There is no sense that the Church would like to tell people about Jesus if that was all right with everyone and if no-one would be offended. How different he was from the Church of today.

The Tri-partite Life of Patrick says that Patrick went south from Saul to Bright for a specific reason. Now even if this is not historical material: by the 8th century it was considered to reflect the approach taken by the Church; it was considered appropriate to what they knew of Patrick. The specific reason for Patrick to tread his way across the rolling hills was that he might preach to Ross, the local chieftain.

Ross must have been a hard man. Bright was a hill fort that dominated the countryside around. The view is a huge panoramic sweep from Dundrum bay and the Mourne mountains to the south, over the Irish sea to the east, and up to Strangford Lough and the Ards peninsula to the north. The man that controlled this fort could command much of the farmland around. Ross would not have suffered fools gladly, misjudgment of character in these times could cost you your life. Patrick goes directly to this man to tell him about Jesus Christ. I wonder how many of us would go direct to hard men to talk about Jesus. How many of us would go to the drug dealers and the loan sharks to talk about our faith? They are out there, we have them on our doorstep. We would prefer not to think about them. How different Patrick was from Christians today.

Patrick goes to Bright, “where”, says the Tripartite Life, “is bishop Loarnn”. Another of the local traditions says that Loarnn and Patrick fell out at one point: Patrick had become impatient and angry with one of the local youths and had slapped him around the head, only to be rebuked by Loarnn for undue use of violence.

The stories probably have not a shred of historical substance, but what they tell us is that the writers in the 8th century had no belief in a hierarchical church with archbishops, bishops and lesser mortals like ourselves. Bishops at this time were like bishops in the New Testament, they were simply the leaders of the local Christian communities. Patrick never wore a cope and mitre, nor did he carry a crozier. The claims about Patrick as first archbishop in Armagh come from centuries later when the church had become something very different from the one established by Patrick.

Patrick knew his Scriptures, he knew that verse about us being weak vessels to carry the precious Good News of Jesus Christ, “We have this treasure in jars of clay to show that this all-surpassing power is from God and not from us”.

Two writings from the hand of Patrick have survived, the Letter to Coroticus and his Confession. This is how Patrick concludes the Confession: “I pray that those who read this writing that Patrick, a sinner, unlearned, has composed in Ireland, that they should never say it was mine if I showed forth anything however small according to God’s good pleasure, but rather think, as is the truth, that it was the gift of God. This is my confession before I die”.

We possess Patrick’s heritage, this treasure within, this Good News of Jesus. The question is, have we the courage to share it? 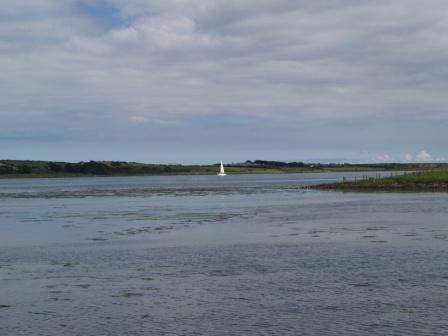