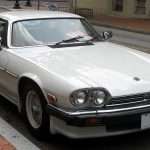 Driving on the borders of Laois and Tipperary, in the unseasonable warmth of a March day, there is a sign for a school. Thirty years ago, a religious sister with whom I had worked had come to this place in the Irish Midlands to continue her vocation of care; a vocation that continues to this day.

Memories came of the boys with whom we had worked.

Nicky (not his real name) spent the whole year at the special needs school where I had spent a year as a volunteer house parent. Suffering mild intellectual disability, he was a gentle and pleasant child. He was prone to occasional severe epilepsy, the medication then not being what it is now, and there was a need to keep an eye on him all of the time for fear he would suffer injury.

The religious sisters, who ran the school until the year after I was there, provided year round care for some of the boys. Generally, such care was only necessary for those boys who would have simply gone into short term care elsewhere because there was no-one else able to look after them. I discovered this was not the case with Nicky.

We used to play with toy cars, running them up and down the polished floors of the corridor. Nicky would lie flat on the floor, his eyes right down at the level of the cars, trying to imagine that they were real. There was one car that was his favourite, a Jaguar XJS, which at that time cost two or three times a working man’s annual pay.

“Yes, Nicky”, I replied. There seemed little point in arguing.

There was an open day for parents and Nicky became very excited about his parents coming to see him, he hadn’t seen them for months.

A white Jaguar XJS rolled up the drive, a larger version of the car we had raced up and down the corridor.

Nicky’s father was a very successful businessman. He and his wife said they could not cope with Nicky at home. In the judgmental mood I would have assumed in those days, I thought, “could not or would not?” They had another son, and to me at the time it seemed like the height of cruelty to leave poor Nicky at the school all year round.

Looking back now, I wonder about my own coolness towards them when they greeted me.

How would a twenty year old have any idea of the pain they had been through trying to care for Nicky and the thoughts that arose when they decided not to take him home for holidays? What would all their neighbours have said? What comments would their friends have passed behind their backs? Probably things similar to those I thought.

It’s very easy to know every answer to every problem when you are not having to answer the questions yourself.