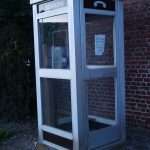 Standing in the little Somme village of Curlu as the sun sank below the horizon, there was a moment of delight in all that was around. Delight in things like the handwritten notice stuck to the door of the telephone box asking that for the good of the box, people would please close the door. Delight in the cottage named ‘Mon tout’ next to the village bar; if this was their all, then it was not a bad return on life, to be living at the heart of a tranquil place.

Is finding a sense of delight, a sense well being in trivial details not something universal?

Thirty-odd years ago, Ian Dury made a lengthy list of things that created a sense of well-being, his Reasons to be Cheerful included:

Some of Buddy Holly, the working folly
Good Golly Miss Molly and boats
Hammersmith Palais, the Bolshoi Ballet
Jump back in the alley, add nanny goats.

Eighteen-wheeler Scammels, Domineker camels
All other mammals plus equal votes
Seeing Piccadilly, Fanny Smith and Willy
Being rather silly and porridge oats.

Curlu might have provided a whole list of reasons to be cheerful. It was with a sense of reluctance that it was left at the end of the evening.

But if a Dury-like list was to be written for life in Ireland, what might it include?

A very prosaic assemblage, certainly nothing that rhymed.

There would be the bridge over the Nore at Inistioge and the path along the Barrow at Graiguenamanagh.

There would be eating Softmints while driving through Laois and drinking tea in country towns.

There would be the voices of Kerrymen at the All Ireland and the accents of the Ulstermen south for the rugby.

There would be Friesian-filled pastures and lambs in spring fields.

There would be the bust of Michael Collins in the Hugh Lane Gallery and that of Tom Kettle on Saint Stephen’s Green.

There would be the seated Patrick Kavanagh beside the Grand Canal and the buxom Molly Malone at the foot of Grafton Street.

There would be Yeats and Joyce and Beckett and Heaney.

There would be green Christmases and June evenings.

There would be blue-jerseyed rugby players and hurlers in black and amber.

The list could be lengthy; little moments of happiness, little indications of beauty and peace and well-being in the world. Reasons to be cheerful, in many parts. 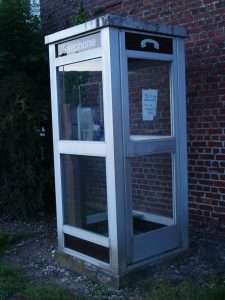