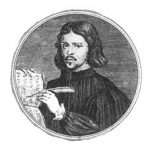 Spending ten days in Windsor Castle in 2007, the memories that still linger are not those of the lectures and conversations at Saint George’s House, stimulating as those may have been, but the sights hidden from public view. In the house of one of the staff members of Saint George’s College, doors to an apparent cupboard were opened to reveal not contents, but choral music painted on the wall. Perhaps it was from the Sixteenth Century, memory of its description has not lingered, perhaps it was earlier.

Standing looking at that music – which in my memory was in the very distinctive notation of plainsong, though perhaps that is retrojection arising from the thoughts it provoked – there was a sense of timelessness, of feeling the presence of those who five, six, seven centuries before had stood in this room and had practiced their singing before processing to the splendour of Saint George’s Chapel to sing the services.

Lyric FM this evening played Vaughan Williams’ ‘Fantasia on a Theme by Thomas Tallis‘ and there was a desire to stop the car and just to listen. Tallis lived from 1505-1585, some four centuries prior to Vaughan Williams’ but in the ‘Fantasia’ there is a sense of mystery and timelessness, as if Tallis and those for whom he wrote were present with us.

The theme that inspired Vaughan-Williams’ work was one of nine tunes Tallis wrote for the Psalter of 1567, his words for Psalm 2, Verse 1-2 were:

Why fum’th in fight the Gentiles spite, in fury raging stout?
Why tak’th in hand the people fond, vain things to bring about?
The Kings arise, the Lords devise, in counsels met thereto,
against the Lord with false accord, against His Christ they go.

There is a sense in which the words detract from Tallis’ music, they root it in a particular time and place, Sixteenth Century England; it becomes temporal and localised. The power of the music, whether that of Thomas Tallis or Ralph Vaughan-Williams, lies in its universality, in its capacity to be outside of time and, in being so, to transform the moment in which the listener hears it.

Perhaps the power of the sounds from Tallis’ time lie in their simplicity, in their rootedness in music at its purest, most unrefined, unproduced; music independent of material artefacts or technology. Tallis sung today approximates to Tallis sung three hundred and fifty years ago.

Should Twenty-First choristers stand in that room in Windsor and sing the music painted on that wall, its sound would be that from the time it was written. There are few things that have the power of music to transcend time.