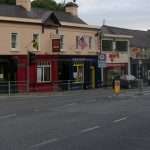 ‘Ian, you can’t run a pub with six men sitting over a pint each evening and a handful of extras at the weekend’. The sign is still outside, but the bar lies empty. One of those places where you could close your eyes and imagine the voices and the laughter and strains of music on a Saturday night.

The financial crash of 2008 followed by a move to the country in 2010, to a community where the population is sparse and the money short, brought a microeconomic awareness that had not previously existed; a wondering how self-employed people make a living.

Perhaps people ponder similar questions about clergy. Anyone minded to open the diocesan book of reports will know exactly how much each cleric in our diocese is paid. As someone receiving a stipend of €37,133 plus €12,395 to cover expenses, I think the pay is not bad – not comparable with teachers of a similar age, and certainly not comparable with professionals, but considerably more than many small business people and farmers receive (and with working hours comparable to those of a farmer).

The economics of farming defies logic. Many farmers run at a loss, few make any significant profit; the cheap food available on supermarket shelves is made possible by the European Union’s Single Farm Payment received by most farmers, without it food prices would escalate sharply simply to ensure the survival of farming. It is a strange, artificial and arbitrary economy; political whim can shape the fortunes of entire communities, as happened with the demise of the Irish sugar industry.

The economics of small businesses is much more a mystery. The endurance of country shops seems a defiance of the laws of gravity. The English and German supermarkets are slowly strangling the life from those who remain; those who go to the supermarkets complain that the prices of the local shops are too high and then complain when the shops close.

The survival of tradesmen seems even more precarious than shop doors remaining open. Stories are legion of unpaid bills. One man tells of having done work in 2011 for which he wasn’t paid, but then returning in 2012 to work for the same client, and still not being paid. When asked why he returned in 2012, he said if he had not done so there would have been no prospect of being paid for the preceding year.

On a day when the Irish Business and Employers’ Confederation forecast 1.8% growth in the Irish economy this year, it is difficult to know where that growth will come. Perhaps in the profits of the multinationals which file their returns in Ireland to avail of the 12.5% corporation tax rate, hardly from the hundreds of thousands of self-employed who populate much of rural Ireland.