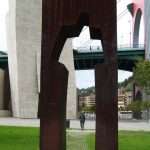 Saint Valentine’s Day and South East Radio’s golden hour is filled with love songs. In the true spirit of the day, dedications come in from ‘unknown’ or ‘secret’ admirers, but in the middle one comes in that makes no pretence at secrecy. ‘M’ asks the presenter to read her request; she and ‘Ronnie’ had a row on Monday and have not spoken since and he simply refuses to communicate. M asks the presenter to ask Ronnie to please talk to her.

South East Radio is the station for Co Wexford, it is not the biggest of counties; there must have been hundreds of people who would have immediately guessed the identities of Ronnie and M. There seemed something deeply sad in someone having to contact a radio station to ask the person who should be their closest friend to talk.

What did people do before they could text requests into radio programmes?Was there always such a male inability to communicate?

Maybe men’s problems lie in their perceptions of women. Teresa Gorman, the maverick former Tory politician, once suggested, ‘The Conservative Establishment has always treated women as nannies, grannies and fannies’. Gorman’s coarse reference implying that the men in her party saw women as domestic carers, biological forebears, or sex objects. The mindset described by Teresa Gorman was hardly an attitude confined to senior Conservatives, the tabloid press and the working men’s clubs were hardly places of enlightenment. (Even in 2013, online details of how to reach an English sports ground included a recommendation from one contributor to call at a particular pub because it had strippers on match days – the 1970s live on).

My girl’s mad at me
Been on the telephone for an hour
We hardly said a word
I tried and tried but I could not be heard
Why can’t I explain?
Why do I feel this pain?
‘Cause everything I say
She doesn’t understand
She doesn’t realise
She takes it all the wrong way.

There is an admission of failure to express what is felt on the inside, a failure that has its roots in the attitude that men do not talk about such stuff, that to talk about the pain is somehow to be ‘unmanly’. If men perceive themselves as weak because they talk about what they think and what they feel, then they set themselves on course for years of difficult relationships ending in lonely isolation.

It is hard to imagine that the request on this morning’s radio programme will not have prompted Ronnie to immediately pick up his phone. Hopefully, no further requests will be necessary.

Men need to learn to be the people they are on the inside and forget about the expectations of people on the outside. Happiness is always something inside us.