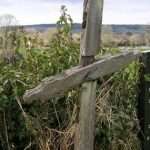 Words written by John Dalberg-Acton in 1887 are familiar to most students of history. ‘Power tends to corrupt, and absolute power corrupts absolutely’, he wrote in a letter to Mandell Creighton, Professor of Ecclesiastical at Cambridge University. The next sentence of Dalberg-Acton’s letter is usually not quoted, perhaps it is thought an offensive comment, a dangerous statement, even: ‘ Great men are almost always bad men.’

The powerful may not have been initially bad, but the trappings of office and the alluring dimensions of influence seems quickly to turn heads. Read Martin Meredith’s ‘The State of Africa: A History of Fifty Years of Independence’ and the conclusion is unmistakeable: principle is quickly corroded in the acidic atmosphere of power, in nation after nation even those who had acceded to office with high motives succumbed to the material temptations and resorted to oppression and violence to hold on to what they had. Were it not for constitutional checks, many politicians in developed countries would undoubtedly pursue similar paths.

Power is a culture, those who rise to it make a Faustian pact with their associates that they will uphold that culture; the comfort and wealth of the elite depend upon an implicit acceptance of the rules. Gain influence or power and not keep the rules and the backlash is swift; if the elite cannot remove you by fair means, they will readily resort to foul. If the ballot box cannot block reform, then smears, dirty tricks and even coups will be employed.

Whether one sees Jesus of Nazareth as the Son of God or just as First Century itinerant Palestinian preacher, it is not hard to see how he rattled the elite of his time. Had he been more accommodating, softer in his condemnation of their corruption, they would have been more tolerant, they may even have allowed him a place in among their society, smiling at this maverick figure. That was the temptation he had faced, to possess power and influence in return for compromising his principles.

Elites do not like people who cause instability, who threaten the cosy comfort of the existing arrangements. Leaders who embrace ways simpler and humbler than their associates raise questions among the general populace about why subordinates need to live in opulence if the leader can live so simply.

Pope Francis comes from a religious background that embraces a ‘preferential option for the poor; dressing plainly, riding on a bus and paying his hotel bill himself may only be the first signs of a leader who is going to be fundamentally different from his predecessors. However, in his desire to imitate the humility of Jesus of Nazareth, he needs to be mindful of the hostility that Jesus’ humility aroused among the great and the powerful of the time.

The way of Jesus was a way of direct confrontation with power: Pope Francis needs to watch his back if he is going to follow that way.