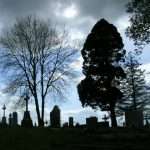 ‘Call into him’, suggested another patient.

We conversed for some minutes through the door before the toilet was flushed and he appeared. It was clear that he had made no attempt at washing or shaving in the morning. Mercurial in his mood at the best of times, prone to flying into sudden fits of rage, he looked around the ward angrily, ‘Have they been around with the f*****g tea without asking me?’

‘You’ve been in the bathroom more than half an hour. This is my third attempt to see you’.

‘How were they to know you don’t eat white bread? You’ve been in the bathroom for more than half an hour’.

‘Press that buzzer and call the nurse. She can take that away and get me brown bread’.

‘Well, who is going to take that away? I want brown bread’.

‘When the catering staff come around for your tray ask them if you could have some brown bread’.

He continued to curse. It was a moment to turn and walk away.

Lines from John McGahern’s ‘The Dark’ perhaps shed light upon the thought processes of someone who would stand in a public ward swearing about having white bread instead of brown. McGahern’s character Mahoney is a widower with a family, he has become an abusive bully, expecting to get his own way, yet in a drunken moment shows that beneath the aggression, there is deep vulnerability.

Mahoney ‘suddenly jumped up, the face red and bloated, dramatic arm outstretched, to do a half-circle swing on the floor and shout, ‘I went to school too’.

‘This is my life, and this kitchen in the townland of Cloone is my stage, and I am playing my life out here on’, and he stood, the eyes wild, as if grappling for his lines.

‘And nobody sees me except a crowd of childer’, the voice trailed bitterly, and then burst out again.

‘But it’s important, it’s important to me, it’s the only life I’ve got, it’s more important than anything else in the world to me. I went to school too’, and he started to sob drunkenly till he grew aware of the still eyes of the children watching him, when he began to shout again”.

Is the man like Mahoney at heart? Lonely, frustrated, angry at the world, making a mess of life but shouting at everyone because it is the only life he has? I don’t know, nor do I know why I tried three times to see him.