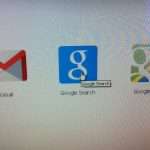 Matt Mullenweg was just nineteen years old when he developed WordPress; ten years on, it powers sixty million websites worldwide. WordPress is an ‘open source’ computer programme, meaning there is universal and free access and redistribution of the programme and that it can be modified by anyone. As someone personally grateful to Matt Mullenweg, WordPress providing the platform for this blog since March 2007, it was interesting to read an interview he gave last week on how he believes open source software is democratising the web.

Twenty years ago, during the process of the liberalisation of the broadcasting market in Ireland, various religious groups believed that if they could gain access to the airwaves, they would quickly convert the entire country to their way of thinking. A wily programme controller in Northern Ireland commented, ‘they don’t understand, there is difference between access to the air and access to listeners’. A friend who had worked in both the BBC and independent radio criticised the approach of those enthusiastic for religious groups to have their own stations, ‘that’s narrowcasting, not broadcasting’.

Access to the air did not democratise broadcasting. Flick through the FM band in Dublin and two dozen stations are immediately accessible, the majority of which command a small minority of listeners, some have audiences so small that they make no appearance in the ratings.

I think it’s the most important thing. As the web becomes more and more of a part of our every day lives, it would be a horrible tragedy if it was locked up inside of companies and proprietary software. Part of the reason I do this is because I believe that open source is the most important idea of our generation and the only way to get the web on open source is to create a better product.

I believe in it philosophically, but I don’t expect other websites to use it just because they share the same beliefs. They care about something else. They care about their audience or writing a story or something like that, not about the software. So to have them choose us, you have to create the best software. It’s a free market.

The answer he gives addresses ease of access to the web, but isn’t there a situation analogous to that of radio in the early 90s, isn’t there a difference between having a platform from which to speak and having someone to listen?

In 1986, American writer Langdon Winner wrote an article asking, ‘Do artifacts have politics?’

Winner’s prescience is manifest in the workings of Google, the name of which has become synonymous with searching for something on the web. Google is political, but is subject to no democratic accountability.

Having had a grandfather who was harassed by Mosley’s Fascists in 1930s London, I have always been keenly aware of right-wing extremism. Checking an anti-fascist website, I found references to two neo-Nazi websites, but Google searches for them produced no results. Only by pasting the exact details into the address bar did I reach the sites, (which were the sort of stuff one might have expected – vitriol, conspiracy theory, and personal inadequacy).

The invisibility of neo-fascists may not be, in itself, a cause for concern, but who makes the editorial decisions? Who decides what a search engine might find and what it might ignore? And even if something is visible, who is going to read it if it is on page 687 of the pages listing sites relevant to the search? Who is there to determine that competing sides in an argument receive comparable rankings? All of the search engines are operated by companies seeking to make a profit; it is simply not in their nature to court unwelcome controversy or unpopularity, to do so would be bad for business.

WordPress allows free speech. Democracy would require something more, it would require search engines that are, if not open source (that would be chaotic), at least accountable to institutions that safeguard transparency and freedom of expression.