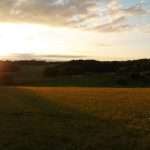 Men are not good at talking. In a rural community, where much of daily life may be spent alone on a farm, talking can be even more difficult; opportunities for interaction are becoming fewer and time spent in the company of others is unlikely to an occasion for talking about personal thoughts. Among young men, the lack of communication is at its most severe.

Lilly Bere, narrator of Sebastian Barry’s On Canaan’s Side, reflects on the gradual loss of communication

If he began in wordlessness, he ended in it too, but only the general wordless condition of the teenager. Age ten, he was full of a beautiful intimacy. Age fourteen, he began a long retreating walk into silence. As a child, he was like the library of Alexandria, full of stories and rare items. Then life seemed to burn most of that away, page by page. I never knew, and still don’t, if there was anything I could have done about it. Maybe it was just growing up. Travelling light as a man. But I felt something was being traded, word by word, till there were no words, only a handful anyhow.

Barry’s words should be included in the training for parish ministry, describing, if not explaining a process that can seem bewildering. Having known a young man who had been lively and engaging at the age of fourteen, who year by year became more silent and withdrawn, until taking his own life at the age of twenty, it was impossible to comprehend what had happened to the person I had known.

What happens that a young man disappears ‘page by page’? What is it in a young man that something in him night be traded, ‘word by word, till there were no words, only a handful anyhow’? For it is a male problem, the ‘Young Men and Suicide Report’ earlier this year told of a suicide rate among teenage males and younger men that was five times that among their female counterparts.

Were there an answer to Lilly Bere’s sense of bewilderment, were there a way to easily identify the causes of what happens, inexpressible anguish might be avoided. Breaking through the silence, the wall with which young men surround themselves, the wordless pain that seals off tragedy, might be a first step; if someone knew how that silence might be dispelled.

Perhaps it demands engaging not with the teenager, but with the ten year old, or even earlier. Perhaps if what was coming was anticipated, the silence would not be so dangerous.