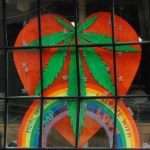 Glastonbury filled the evening viewing, a venue very changed from the one I attended for the 1979 festival. ‘Glastonbury Fayre’ the promoters called it that year; Pilton Pop Festival, we called it. But even attending Glastonbury could not dispel the feeling of having missed the real music. The Beatles had broken up in 1970; Jimi Hendrix, Joplin and Jim Morrison were dead before we became aware of their existence. There was a feeling that history had ended.

By the late 70s, the tenth anniversary of the important events were occurring – Woodstock being the most significant. When you are eighteen, ten years is a lifetime, who was there amongst us who would have remembered such times?

RTE Radio this morning played The Band singing ‘The Night They Drove Old Dixie Down’. It was a live performance at The Band’s farewell concert. Martin Scorsese made a film of the concert, ‘The Last Waltz’; it was screened at the LSE Film Club when I began university in October 1979, almost every musician worth knowing took to the stage in that concert. The fin de siecle mood seemed to have enveloped even freshman undergraduates.

By 1979, even expressing a liking for rock bands that once graced the stages of the great rock festivals became unfashionable; an undergraduate friend who preferred rap bands and New Romantic poseurs described my liking for a heavy rock band as an affection for dinosaurs. No-one in London seemed to listen to Tommy Vance’s Friday night show on Radio 1; in fact, admitting to listening to Radio 1 invited hoots of scorn and derision, the only station to which to listen was Capital.

The music of the times is now hardly recalled; people refer to Punk, but hardly anyone plays it, the New Romantics and their ilk have virtually disappeared from the radar screen – when did you last hear Adam and the Ants on the radio? The artists who played in those times, and whose work continues, are artists who are timeless – Springsteen, Elvis Costello, the various bands who had endured from the 1960s, the Rolling Stones, Bob Dylan, The Who. No-one would ever talk about 1978, or ’79, or ’80, or the other years since in the way that people talked about 1967 or 1968.

It seemed we had missed history, that everything at which it would have been worth being present had happened, and that there was nothing left for us.