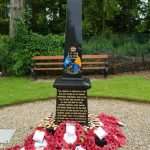 The approach of the Twelfth of July arouses familiar tensions. A contentious parade through North Belfast has been re-routed by the Parades Commission and Theresa Villiers, the Secretary of State has declared that she has no power to intervene in the matter unless receiving a request from the Chief Constable of the Police Service of Northern Ireland, and that no such request has been received. It seems unfair that the burden of decision on a politically controversial matter should be shifted to a policeman, but such is the nature of politics.

Living deep within the Republic, it is easy to pursue the conventional path and to switch off when Northern Ireland issues arise a radio or television. (A head of religious broadcasting at RTE once declared that if he ran a programme that dealt with Northern issues, he knew he would immediately lose one-third of his audience). Believing that the Church of Ireland is a single church on one island, simply to pretend what happens in the North is nothing to do with us (as do many middle class Protestants in south Dublin) is not an option.

Discussing parades and re-routing with a friend who is an active and committed member of the Orange Order two summers ago, recalled a letter in the Irish Times in the summer of 2003:

Madam, – Reflecting on a Gospel reading last Sunday evening, I came
across an instance of a march being re-routed because of sectarian
tensions. Jesus and his followers are heading for Jerusalem (Luke
9:51) and it becomes clear they are not going to be welcome in a
Samaritan village because of the history of sectarian relationships
between Jews and Samaritans. The disciples want a stand-off (they
actually want to see the place burned down), but Jesus rebukes them
for their aggressive instincts and they go to another village instead.

If re-routing out of sensitivity to local residents is acceptable to
Jesus, then it would seem reasonable to those who profess faith in
him in our own times.

Attending the ceremonies to commemorate the first day of the Battle of the Somme at Thiepval and Guillemont last week would leave no-one in doubt as to the sincerity and deep conviction of members of the Orange Order, but there seems a deep bifurcation between those who stood in deep and thoughtful contemplation on 1st July and those who would seek to force their way through somewhere they are not wanted on 12th July.

Being on the Leinster-Munster border is a very long arm’s length from the potential flashpoint in the Ardoyne, but when the qualifications of an Orangeman state, ‘He should honour and diligently study the Holy Scriptures, and make them the rule of his faith and practice’, it would seem, at the very least, inappropriate to simply ignore the story of the disciples being diverted away from a flashpoint in Saint Luke Chapter 9 Verse 51-55.