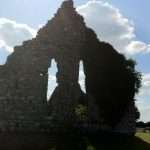 “How they love one another”, wrote Tertullian, the Second Century Christian writer, suggesting the words were pagan comment on the behaviour of Christians. Perhaps Tertullian was being creative with the truth; more likely, it was just that some of our parishes would have been beyond his imagination; in many places, “how they love one another” is not an observation that comes to mind. Too often, if intense emotion is encountered, rather than arising from feelings of brotherly love, it is likely to be a deep dislike of certain others in the parish, a dislike concealed behind, at best, a silent scowl. It is hardly the stuff one would expect of people professing themselves to be followers of Jesus of Nazareth.

The gulf between being people noticed because of love for one another, and the reality encountered in many places, often arises from the failure by the church to understand the real religious motivations of many of its members. Thirty years ago, Patrick Semple, teaching at the Church of Ireland Theological College, would talk about the “folk religion” that he believed pervaded much of the church. Semple saw the beliefs of many people explicable in simple terms: “if the tribal priest performs the tribal ritual in the tribal shrine, then the well-being of the tribe is safeguarded”.

Folk religion is devoid of ethical content, it demands nothing more than the outward stuff of religion:priest, ritual, shrine. Talk of Jesus of Nazareth, talk of what he taught, invites blank looks. What has Jesus to do with it? Speaking at a meeting recently, pointing out that a man’s suggestion was directly contrary to what Jesus taught, brought the response that the man’s way was the only one that worked. “But if we ignore Jesus, then why do we have a church?” I asked him. My question fell on deaf ears.

Folk religion explains how people who claim to belong to a church can hate others; and think it a religious thing to do so.