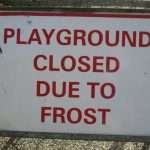 Do such moments come along more frequently as one grows older? Perhaps it’s because there is more upon which one might reflect; perhaps it arises from that sense of resignation that there is nothing one can do to change anything, so annoyance an agitation are futile sentiments. There are moments when one slips deep into one’s thoughts and becomes oblivious to all that is around.

Breaks in the cloud suggested moonlight beyond and the thermometer said nine degrees. The roads were dry, the traffic sparse and it was a fine night for driving. Pondering the coming weeks of winter, there was an irrational exuberance, though from whence it stemmed was a mystery. The reverie was broken by a presenter reading the radio news in Irish; it must be 9.50, time to find some programme comprehensible to one who has not a word of the first national language.

Samuel Beckett seemed to understand reverie rooted in nothing more than a moment’s obliviousness to one’s surroundings. Lines from his story The Expelled describe a moment of reverie of a man thrown out of a house:

The fall was therefore not serious. Even as I fell I heard the door slam, which brought me a little comfort, in the midst of my fall. For that meant they were not pursuing me down into the street, with a stick, to beat me in full view of the passers-by. For if that had been their intention they would not have shut the door, but left it open, so that the persons assembled in the vestibule might enjoy my chastisement and be edified. So, for once, they had confined themselves to throwing me out and no more about it. I had time, before coming to rest in the gutter, to conclude this piece of reasoning.

Under these circumstances nothing compelled me to get up immediately. I rested my elbow on the sidewalk, funny the things you remember, settled my ear in the cup of my hand and began to reflect on my situation, notwithstanding its familiarity. But the sound, fainter but unmistakable, of the door slammed again, roused me from my reverie, in which already a whole landscape was taking form, charming with hawthorn and wild roses, most dreamlike, and made me look up in alarm, my hands flat on the sidewalk and my legs braced for flight. But it was merely my hat sailing towards me through the air, rotating as it came. I caught it and put it on. They were most correct, according to their god. They could have kept this hat, but it was not theirs, it was mine, so they gave it back to me. But the spell was broken.

A moment of contentment after being physically ejected from a house makes an exuberant contemplation of the forthcoming winter from the warm interior of a car seem altogether reasonable.