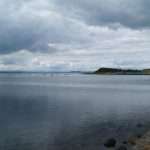 At a hospital bedside chatting with a patient, there was a realisation that there were six patients in the five bedded bay: each bed was occupied and a lady in a nightdress and dressing gown sat in an armchair at the window. Confusion tends to be intensified by hospitalisation; perhaps the occupant of the chair had wandered in from somewhere else. She seemed uneasy, standing up and looking out of the window; sitting only to stand again and shuffle to and fro.

“Is that lady meant to be in here?”

The lady I was visiting turned to look. “No, she’s not. She’s meant to be going home. Her bed was in the corner, but, as you see, someone else was given it before she had gone – she’s been sat there all day, waiting for an ambulance to take her “.

Time was when there would have been the temptation to have offered assistance, but a lesson was learned in the hazards of trying to be a Good Samaritan.

Being thirty-five years old and in the first week of an incumbency in a large town parish, there was a sense of anxiety about trying to get off to a good start. Visiting the area hospital, some twenty miles from the town, on a June afternoon, a man who had read the lessons at the evening service the previous Sunday was on the list of people to see. Going to the ward where he had been a patient, a nurse said, “There are medical exams here today. He was due to be discharged so has been moved to a ward downstairs.”

Finding him wasn’t easy. The downstairs ward did not seem aware of his presence. Finally, a nurse pointed him out. Sat in an armchair in dressing gown and pyjamas, a carrier bag beside him. “Herbie, what are you doing sitting here?”

“Rector, I have been here all day. I can’t go home until they find an ambulance going our way. I’m tired sitting here”.

“Can no-one collect you?”

“My wife can’t drive and everyone else is at work”.

“That would be great”.

The nurse in charge of the ward said she would be delighted if he got a lift, pointing out that he should not have been sitting there. He had never been admitted to her ward. A porter put him in a wheelchair and pushed him to the door and I collected my car.

Reaching our town, we drove to his house. There was no sign of anyone around. “Herbie, Jean is not here. Where would she be?”

“She’ll have gone to the shops. There’s a key hanging in the shed. would you fetch it and open the front door?”

Opening the door, I helped him into the front room of the house. He sat in an armchair. “Thank you very much”, he said, “I’m glad to be home”.

“She’ll be back soon. You go on now. You have plenty to do”.

I tried phoning his house sometime later, but there was no answer. The evening was busy and Herbie did not come to mind again.

At nine o’clock the next morning, the phone rang.

“Rector, it’s Jean here. I went to my niece’s for the day yesterday and yesterday evening we went to the hospital to see Herbie. His ward said he had gone downstairs and downstairs they said they knew nothing about him. Finally, there was a nurse who said she thought a minister had taken him home. I got home and he was sat in the chair in his pyjamas and dressing gown – freezing cold”. She was less than pleased.

I apologized profusely for the distress I had caused, trying to explain that I had meant well. Never again, would I bring anyone home.

I hope an ambulance eventually came for the lady – it was after three o’clock when she was still sitting there.