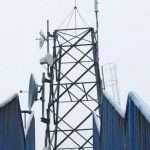 On BBC2, Penelope Keith presents a retrospective on Morecambe and Wise; a survey of the history and quirkiness of one of television’s best known duos. There are moments of genius, moments of silliness, and moments that are, well, at the risk of speaking heresy, dull. Perhaps it was all about context, perhaps it was about an accumulation of humour that made scenes that might otherwise have been seen as plain and inane as a cause for laughter. Perhaps the skill of the programme was in the realisation that its viewers were not the individuals of our time, choosing from hundreds of digital channels, even having menus of favourite viewing, but were most often family groups, different generations gathered around the single television in the house. Maybe the success of Morecambe and Wise owed something to them having something for everyone in the audience – and a very large audience it was.

In retrospect, the sheer power of television in those times seems extraordinary. If one had a television set, one watched it. Programmes that would now not find airtime, or would find only a small audience late at night, enjoyed large ratings because there was nothing else to watch. It would have been hard to imagine that times would come when houses might have multiple sets and pass evenings during which none of them were switched on.

In 2014, Morecambe and Wise would not find the success they enjoyed, not because they were not gifted, but because there would no longer be a platform for their talents that would draw tens of millions of viewers. Even the television soaps are reduced to a fraction of the following they once enjoyed. Times when families gathered in living rooms each evening to watch programmes together belong to a broadcasting age of innocence.

Perhaps the passing of an age when half the population might watch a light entertainment programme is not a great cause for concern, but the fragmentation of the national audience might have more serious implications.

If there were a serious national news story, how long might it take for it to reach everyone? In former times, public service regulations required television channels to carry news bulletins, one can now pass hours watching satellite channels without ever encountering a news story? And what about information and debate, where do people now find the facts to shape their opinions?

In another generation, Morecambe and Wise will probably seem as strange to people as the silent movies of the 1920s now seem to us – the context that gave them their appeal will have been lost forever. Perhaps, in that time, we shall rediscover a way of how to have a national discussion.