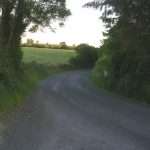 Recently, I heard on good authority, that a Laois farmer had devised a way of not losing sleep during the lambing season; he had fixed up a webcam in the shed where the ewes lambed and while he rested easily, family members in Australia kept an eye on the sheep, only disturbing him if his presence in the shed was required. The story seemed very sensible, I knew a farmer in Co Down who twenty years ago had CCTV on his farm to keep an eye on cows that were calving at night. Then I heard the story was in Offaly, or Tipperary, or Kilkenny, and, on Thursday evening, was told, with certainty, that it was Wexford. Perhaps there are lots of webcams and lots of antipodean relatives keeping an eye on things, perhaps one story has multiplied; whether many or one, the story is a cheerful one.

Less happy stories circulate as quickly and as widely as the lamb webcam, stories that can cause unnecessary fear and anxiety. In the summer of 2012 two stories were frequently to be heard.

The first story arose from the cold and wet weather conditions that made the harvesting of fodder all but impossible in many areas. It was said that the wet weather had brought the appearance of a species of snail that would be be gathered up when silage was being harvested; these snails were said to be poisonous to cattle. In a summer when farming was at its most difficult, it was a story that was, at best, unhelpful. If they existed at all, perhaps there were poisonous snails in one place, perhaps in some places. When asked about such snails, people would say they were in the next parish, or the next county; what there were were not were poisonous snails in every parish, yet the story was not quashed by any official agency.

Worse than the story of the snails in that bad summer was the story that circulated of a tragedy – a farmer had taken his cattle to a mart and had found no buyers so had returned to his farm, taken out his shotgun and then shot his animals before turning the gun on himself. The story, as I heard it, told of the awful events occurring in Co Tipperary, an Internet search suggested various other locations; there was no sign of any official account. On one Internet forum, someone raised the question why such a tragic event had received no coverage, the response was that the media might have avoided such a story. There is an account on the Internet of a farmer shooting fifty-one of his cattle before shooting himself, it was in 2010 and was in New York state. There were undoubtedly tragic incidents in the summer of 2012, as there are always in rural Ireland, what there was not was a tragedy that would have made the headlines of the national news, but there was no official word of reassurance for those frightened by such stories.

The story this week of men carrying out unrequested and shoddy tarmac work on farm properties and then demanding cash with menaces is confirmed by a report in the Midland Tribune, but the actual stories have brought forth tales of are gangs working their way around Ireland, tales that that are hardly reassuring to those who feel alone and vulnerable. Stories of snails and stories of suicide were ignored by authorities that might have dismissed them, perhaps they felt an intervention might be construed, somehow, as some sort a confirmation that there was a kernel of truth; the tarmac story is one on which they should act. If vulnerable older people are facing intimidation and threats of violence, it is a matter not for radio phone-in programmes, but for proper news coverage and intervention by An Garda Síochána. The stories on radio should not be of more scares, but of a Government that fulfils the first duty of any government, to protects its people.