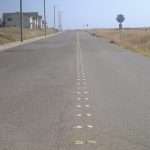 The passing years have taught the wisdom of taking children seriously; not only have they a habit of speaking the untarnished truth about things they find boring or dislike, their capacity for untramelled imagination is far greater than that of adults, the most mundane moments can be imbued with excitement and possibility. American writer and broadcaster Garrison Keillor understands that the capacity for imagination we have in childhood days is unlikely to find expression in our adult years, and certainly unlikely if we are not to be objects of ridicule. Keillor reassures us that we aren’t the only ones to have had such ideas.

And there is reassurance as well in Clarence Bunsen’s reflections. “It’s the same thing I looked at forty years ago”, he says. There is a continuity in childhood experience. The stories of Keillor are a reminder that being old is not the only way of living.