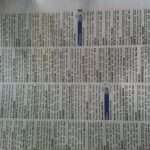 Last Sunday afternoon there was one of those occasions that might have come from the pages of a Maeve Binchy novel – a happy moment in the life of a community where, judging by the need for overflow accommodation and the number standing at the back, the whole community must have been present: the re-dedication of a local Catholic Church after a year long closure for refurbishment. The building had been transformed, including new stained glass windows and a copper roof on the spire, and a parish was celebrating.

Go out of the cities, into rural Ireland, and the enduring strength of Irish Catholicism is in evidence in small towns and villages across the country. These are people who eat their dinner in the middle of the day, who prefer to listen to their local radio stations (for they carry the local death notices and funeral details), who regard the Irish Times as something read by Dubliners (a reasonable perception, it carries no agricultural supplement, unlike the Irish Independent), and who approach change with caution, if not outright scepticism.

It can hardly be gainsaid that rural Ireland is a conservative, traditional place. In religious terms, traditional devotions, old superstitions, folk cures, persist, despite the disapproval of the church. In social terms, despite the fact most of the women now work away from the home, it would be an unusual thing to see a man doing housework. There are moments when it might still be the 1980s, so little has changed.

The reading of choice on most of the farms is the one national newspaper which has a growing circulation – the weekly Irish Farmers’ Journal. Well-researched, well-written, close to its readership, it is an authoritative voice for many people, if the Farmers’ Journal says it is so, then it is so. Centre-right in its politics, family-oriented in the content of its Country Living supplement, the Farmers’ Journal is the embodiment of country, small ‘c’ conservatism – no-one would suggest anything other than that it was a reflection of the agricultural society amongst which it enjoys such popularity.

It is because the Farmers’ Journal is so much an expression of traditional, agricultural Ireland that one can reasonably suggest that traditional and conservative farmers are ahead of the Church of Ireland in their attitudes. While representatives from the three Church of Ireland dioceses gather in Swords, Co Dublin today to discuss human sexuality – some of those present believing that being gay is an “illness” that can be “cured” – the Farmers’ Journal has an established tradition of inclusivity. The personal columns carry advertisements from, “women seeking men”, “men seeking women”, and “friends seeking friends”. In this week’s edition, thirty four of the personal advertisements have been placed by men, seven of those are from gay men looking for companionship, this week’s numbers are little different from those of any other week.

Churches have long histories of discrimination – against Moslems, against Jews, against non-Europeans, against women, against any minority which did not conform – but, in the past, churches were not always the last to accept that their prejudices were wrong. In terms of attitudes to gay and lesbian people, though, traditional Ireland is already ahead of us. 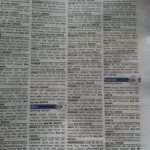