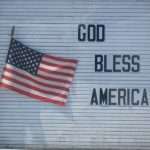 Tired after a long day yesterday, BBC 4 seemed an appropriate choice of viewing. There might be some distraction from the world that was not a “reality” television, or a chat show with people who seemed famous for being famous, or a talent competition for singers who seemed disinclined to go their own way in the world. Distraction, there was: a documentary on Jimi Hendrix playing at the Woodstock festival in 1970.

Along with Brian Jones, Alan Wilson, Janis Joplin and Jim Morrison, Hendrix is a member of the so-called “27 club”, the group of major musicians who died between 1969 and 1971 at the age of 27, musicians whose deaths have prompted decades of speculation about how their music might have developed had their lives not come to sudden ends.

Woodstock had a mythical place in the imagination of those of us born a decade too late. It seemed a culmination of 1960s music and protest;Joni Mitchell, who was not there, wrote a song about the festival that seemed to portray it not just as a music festival, but as nothing less than the recovery of the prelapsarian state of humanity. The lyrics include:

We are stardust, we are golden
And we’ve got to get ourselves back to the garden

Perhaps the song just reinforced perceptions that were already there, perhaps it did not a little to help create those perceptions, but the Woodstock festival seemed a defining moment in twentieth century culture, a rejection of tradition and convention and the assertion of complete individual freedom, and Jimi Hendrix seemed the definitive face of that festival.

Watching a nine year old documentary last night, the myth began to crumble. Friends in student days had the three disc record album of Woodstock, they would play it and I would imagine Hendrix coming on stage to flashing lights and the cheers of hundreds of thousands. Except it wasn’t like that, I’m not sure why I imagined it was. The festival was running late, so late that, rather than coming on at the culmination of the event late on a Sunday night, Jimi Hendrix and his band played at 9 o’clock on a Monday morning. There were not hundreds of thousands, there were a few thousand who had remained amidst the mud and the rubbish, and their numbers grew progressively smaller as the band played. By the time of the encore, the footage of the performance shows people streaming away, and even the festival crew, standing on the stage behind the performers, are looking bored.

The programme concluded and there was a flat feeling. The only conclusions one seemed able to draw from Woodstock were that, after a party, there was a mess to clear up, and that weekends are followed by Monday mornings, when it is time to get on with the real business of life. It was hardly the stuff of myths.