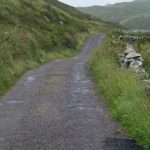 It is odd looking back and realising how little progress one can make in ten years; on 23rd May 2004, the following appeared here.

I went to the London School of Economics and sometimes I think that life would have been more interesting if I had gone into the City, as did many of my contemporaries. Not to make millions, but to work away quietly in a modest stockbroking enterprise, buying and selling shares on a daily basis; watching the markets; looking constantly for clues and indicators; keeping the ear to the ground. However, I came to the conclusion last week that I would have been disastrous in the City – I have no killer instinct.

This conclusion arose from a football match where the League of Ireland team I support, Bray Wanderers, defeated another team in their league by six goals to nil. This should have been a cause for jubilation, instead I felt sorry for Dundalk and almost embarrassed by the scoreline. I don’t like one-sided contests. I remember complaining at a man from our parish who had taken a boys team to play a soccer match, they had won 14-0 and he was very pleased. ‘What did that achieve?’ I asked him. ‘You should have changed players around at half-time and made a match of it’.

My persistent identification with the underdog has made for an uneasy life. Can you imagine such an attitude translated into the financial world? Just about to make a huge profit by buying shares at a knockdown price, I would be telling the seller that maybe he should reconsider, that he could get a much better price. I would have been sacked in the space of a few days”.

Ten years later, it is hard to feel that I have made any progress, which I suppose is actually regress, there being ten years less to do anything. Perhaps it is consistency, more likely inertia.

I’ll have to remain where I am – either that or go on an aggression training course. On balance, I think I’ll stay put.