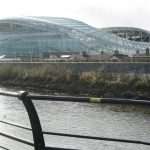 Another World Cup begins. In this part of rural Ireland, there has hardly been a word about it in ordinary conversations. The matches are late at night and there is no Irish participation; Gaelic games will capture more imaginations as the All Ireland Championships begin.

Italia ’90 is now a long time ago. It really was a nation-stopping moment; there was hardly a soul in the country not watching. Staying in Oughterard in Co Galway at the time, the half time break in the dramatic match allowed a quick trip to the supermarket – the street and the shop were deserted. A solitary young woman sat at a checkout wondering how things were progressing.

Football championships were mythical moments. It is twenty-six years ago today that Ireland beat England in the finals of the European Championships of 1988, a moment which inspired Christy Moore’s song “Joxer goes to Stuttgart.”

It seems as though it will be a long time before Joxer goes anywhere again. This week’s 5-1 defeat in a friendly against Portugal showed the gap between Ireland and the top sides, but is it realistic to expect more?

Look at the squad for Italia ’90, and the clubs for which they played:

and compare the clubs represented in the squad of two decades ago with those called up for the Ireland squad for this summer’s friendlies:

Much of the 1990 squad was drawn from clubs at the very top of English football – three players from Liverpool, who had won the championship six times in a decade; three from Manchester United, whose era of dominance was about to begin. There were players who were household names. The 2014 squad has not a comparable presence of players whose experience is at the top, who are playing among international players on a weekly basis, just one comes from a Champions League club, and he is not yet established as a first team player.

It is not that the Irish players are any less skilled than their predecessors; it is that the places they once filled at the top of English football are now filled by players drawn from around the world. The worldwide marketing of English football has meant that the sheer spending power of Premier League Clubs allows them to sign whomsoever they choose from wherever they choose, leaving Irish players deprived of the experience they might have enjoyed in former times.

If Joxer never gets another trip, it is not the fault of Martin O’Neill, the Irish manager; it is about economic globalisation beating Ireland.