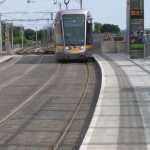 Public transport used to be much more interesting People passed the time of day with others, had conversations about odd things, told stories. Lots of the time, only a few words might be heard, but they were enough. It was like having a few pieces of a jigsaw and imagining the full picture. Now, everyone listens to their own music or talks to friends on the phone; conversations have disappeared.

It was the fragmentation, the truncation, of conversations that endowed them with a memorable quality. Full conversations are prosaic; not even good prose, for few of us speak grammatically. Snatches of conversation can assume poetic juxtapositions; they may form no rational whole, but carry images, pictures.

Remembered conversations can assume an enigmatic nature, divorced from context, they can take on a life and a plot of their own. It’s like Simon and Garfunkel’s “Mrs Robinson”which can be analysed to the nth degree, depriving it of its haunting nature. The closing lines seemed always to convey a promise of redemption, of salvation from the plight in which we are ensnared:

Where have you gone, Joe DiMaggio?
A nation turns its lonely eyes to you.
What’s that you say, Mrs. Robinson?
“Joltin’ Joe has left and gone away”

What did they mean in their original context? Does it matter? Even Joe Di Maggio was confused by it and protested that he hadn’t gone anywhere. Do songwriters expect every listener to a CD on a car stereo to know the circumstances of the writing of the song and the background to the lyrics? Go through some of the most classic pop songs and they are at best fragmentary in their meaning. Don McLean’s “American Pie” has been dissected, but in the dissection, the body loses its life. Analyse the third stanza and one is left with a series of propositions and the haunting is lost.

Now for ten years we’ve been on our own
And moss grows fat on a rollin’ stone
But that’s not how it used to be
When the Jester sang for the King and Queen
In a coat he borrowed from James Dean
In a voice that came from you and me
Oh, and while the King was looking down
The Jester stole his thorny crown
The courtroom was adjourned
No verdict was returned
And while Lenin read a book on Marx
The quartet practiced in the park
And we sang dirges in the dark
The day the music died

The striving for meaning, for rationalisation, for understanding, can take beauty from our lives. Far better to have disjointed fragments, to remember odd lines of our conversations than to live our lives in monochrome prose. A pity conversations are becoming rare.