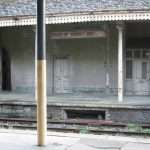 BBC 4 screened the final episode of the Swedish detective series “Wallander” last night. The unkempt, insubordinate, idiosyncratic Kurt Wallander, the central character of the series, made a resignation speech to his colleagues, he explained his reason: “I’m suffering . . . I’m sorry . . . I’m suffering Alzheimer’s”. With deep insight and profound sympathy, the scriptwriters had captured a sense of what it might mean for someone to struggle with the illness. Henrik Kristersson, who played the title role, took the character from lucidity, through frustration, anger and bewilderment, and, for increasingly brief moments, back to lucidity again.

Wallander’s final speech allowed a public recognition, an acknowledgement by everyone present, that he was suffering a medical condition that prevented him continuing his duties; there was no need for anyone to feel that social etiquette demanded they deny reality, no need for anyone to comment that things were, perhaps, not as bad as they seemed.

It is odd to be moved to tears by a television detective programme, but Wallander embodied a sense of the grief and pain of the many people I have known who have gone that way, except they had no possibility of a farewell speech.

When I was first ordained, cancer was an illness of which many people would not have spoken. There were euphemisms, or sometimes no acknowledgement at all, of the reality. Trying to minister to a dying lady on one occasion, I struggled because the family insisted no-one was to talk to the lady about her health. Frail and very sick, the lady looked at me and said, “I don’t think I am going to come back from this, am I?” Bound by the family’s instructions, but refusing to tell lies, I had sat in silence.

Cancer is talked about openly, now. Conspiracies of silence are almost, but not completely, a thing of the past. For the sufferer, their family, their friends, and those they encounter, there is a liberation in being able to be honest.

Why can the honesty that surrounds cancer not be similarly applied to Alzheimer’s? It is an illness caused by chemical processes, why can it not be described as it is?

There sometimes seems almost a stigma, as if the progressive failure of memory was somehow a person’s own fault. Attempts at honesty are sometimes met with denial and even anger from a person’s former friends. For five years, I handled the affairs of a wonderful lady who slowly deteriorated. While she was still living at home there were various episodes that caused alarm, but her admission to a nursing home only came when she fell down the stairs of her house and was paralyzed – and even then friends insisted that there was nothing wrong with her.

Why the denial? Is there still some persistent subconscious Old Testament theology that says that doing good brings blessing, the converse being that misfortune must be deserved? Is there embarrassment about any illness that concerns the human mind? Is it just a fear of the unknown?

Once a lady, who had seen her sister go through Alzheimer’s and who had begun to lose her own memory, said to me, “Ian, I have this terrible rippling in my head and I don’t know how I shall cope.” There was silence between us; what does one say, that is not trite or platitudinous, to someone heading into that dark country?

There are public figures who have spoken, the writer Terry Pratchett being prominent among them, but there is still a great silence, still many, many situations and families where people will try to play down the story, or pretend that it does not exist.