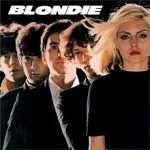 “Three decades ago it wasn’t unusual for older acts to find success in the pop charts – but that is no longer the case”, writes Greg Kot, music critic at the Chicago Tribune on the BBC Culture pages, his answer as to why bands now in their forties or fifties do not enjoy chart success is no more than partial. Kot writes:

“What changed? How did veteran acts manage to maintain pop relevance in previous eras? A closer look at some of the more notable examples in past decades shows that these relative old-timers didn’t ignore what was happening in pop culture at the moment, but embraced it in a way that for them was authentic and even authoritative”.

Perhaps veteran acts were more sensitive to the prevalent culture in times past, perhaps it was more the case that they had not gone away, that they were part of a music culture that embraced singers whose age differences spanned decades.

Blondie play Ireland’s Electric Picnic festival this weekend, almost four decades after their initial chart success. Which bands from the current era will have established a sufficient presence with a diversity of age groups to be playing festivals in thirty years’ time?

In the days when Debbie Harry was assuming Gallic airs, the outlets for music were limited. In Britain in 1977 independent radio was in its infancy; even London had only a couple of stations. To get airtime it was necessary to produce songs that would appeal to a wide listenership; you would not make playlists unless you produced “commercial” music. Certainly, there were bands who refused to compromise their identity, and who survived with a hard core of dedicated album buyers, but if you were going to be successful in terms of sales and radio play, then you had to be mainstream.

A homogeneous culture mostly produced homogeneous bands, who sold millions of records, and who still command airtime thirty or forty years after their recording was released, because there is a large constituency who listened at the time and who are still prepared to listen.

The fragmentation began with the multiplication of the number of radio stations, a multiplication that allowed, or perhaps, forced, stations to cultivate niche markets; it was compounded by the advent of satellite broadcasting, which brought dozens more channels; and was completed by the Internet, which allows you to play more or less any song by more or less any artist at more or less any time. If you wanted to play Debbie Harry singing Denis twenty four hours a day, then go to YouTube and a number of options are available.

Fragmentation is a good thing, it allows a choice, it allows us to decide what we want to hear. Fifteen year olds probably want to listen to different music from twenty-five year olds (who are unimpressed by seventeen year old pop singers) and their tastes probably differ from those of people another ten years older. The days when different generations might tune into the same radio station and listen to the same music are mainly past. A band might try to be sensitive to contemporary developments, but if they are not the sort of band with which a generation identifies, then success in the pop charts will remain elusive.