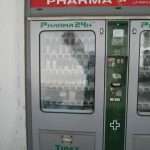 Do you get those emails offering you patent medicines at knockdown prices? The ones that offer you a cure to conditions you never had? And even conditions you could not possibly have?

Quackery is nothing new. The 19th Century was a great age for “patent cures”, few of which were efficacious in anything other than parting gullible people from their money, but maybe the problem lies not with the quacks, but with those persuaded the need a cure. The opening page of Jerome K. Jerome’s “Three Men in a Boat” is very funny. Published in 1889, it captures a sense of those who might be ready to spend money in the belief that such expenditure was a matter of vital necessity:

It is a most extraordinary thing, but I never read a patent medicine advertisement without being impelled to the conclusion that I am suffering from the particular disease therein dealt with in its most virulent form. The diagnosis seems in every case to correspond exactly with all the sensations that I have ever felt.

I remember going to the British Museum one day to read up the treatment for some slight ailment of which I had a touch—hay fever, I fancy it was. I got down the book, and read all I came to read; and then, in an unthinking moment, I idly turned the leaves, and began to indolently study diseases, generally. I forget which was the first distemper I plunged into—some fearful, devastating scourge, I know—and, before I had glanced half down the list of “premonitory symptoms,” it was borne in upon me that I had fairly got it.

I sat for awhile, frozen with horror; and then, in the listlessness of despair, I again turned over the pages. I came to typhoid fever—read the symptoms—discovered that I had typhoid fever, must have had it for months without knowing it—wondered what else I had got; turned up St. Vitus’s Dance—found, as I expected, that I had that too,—began to get interested in my case, and determined to sift it to the bottom, and so started alphabetically—read up ague, and learnt that I was sickening for it, and that the acute stage would commence in about another fortnight. Bright’s disease, I was relieved to find, I had only in a modified form, and, so far as that was concerned, I might live for years. Cholera I had, with severe complications; and diphtheria I seemed to have been born with. I plodded conscientiously through the twenty-six letters, and the only malady I could conclude I had not got was housemaid’s knee.

I felt rather hurt about this at first; it seemed somehow to be a sort of slight. Why hadn’t I got housemaid’s knee? Why this invidious reservation? After a while, however, less grasping feelings prevailed. I reflected that I had every other known malady in the pharmacology, and I grew less selfish, and determined to do without housemaid’s knee. Gout, in its most malignant stage, it would appear, had seized me without my being aware of it; and zymosis I had evidently been suffering with from boyhood. There were no more diseases after zymosis, so I concluded there was nothing else the matter with me.

Lest such thinking be thought peculiar to the 19th Century, look at how many websites now deal with symptoms of every imaginable illness (and some unimaginable ones); look at how many are dedicated to providing “health care advice” and how many offer “alternative” remedies at discount prices. Science does not come into it; there is a deep-rooted human need to feel ill and to believe that a remedy beyond the wit of doctors is available to whoever is ready to pay for it.

Three men in a boat went on a holiday; a bit of exercise, a well-known cure for many a malaise.