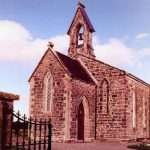 “By what authority are you doing these things, and who gave you this authority?” Matthew 21:23

By whose authority do we live our lives? Whose rules make us the people we are? Do we often try to live by rules hoping to be one sort of person and instead behaving in the opposite way? Are we like Saint Paul who wrote in the Letter to the Romans Chapter 7 Verse 15, “I do not understand my own actions. For I do not do what I want, but I do the very thing I hate?”

The Gospel reading presents us with four different types of people; which of them are we like?

The first group is those who neither say nor do: those who neither acknowledge Jesus in their words nor live his way in their lives. Saint Matthew Chapter 21 Verse 23 tells us, “When Jesus entered the temple, the chief priests and the elders of the people came to him as he was teaching, and said, “By what authority are you doing these things, and who gave you this authority?” They are angry at his teaching and angry when they see lives being changed. They are not interested in Jesus’ teaching; their only concern is to try to undermine Jesus’ standing with his listeners. They are unable to argue with Jesus’ message so they instead attack the messenger.

How often do we encounter people who neither acknowledge Jesus nor accept the Christian way, but who respond to the challenge by avoiding the message and criticizing instead the church that brings the message? It is much easier to criticize a flawed and failing institution than it is to consider the full implications of what Jesus says. Those who neither say nor do may be acting cynically like the chief priests and the elders, or they may be simply disillusioned by their experience of those who say they are Christians.

There are those who neither say nor do, and then there are those who say but don’t do. In the parable of the two sons, Jesus speaks of the second of the two sons in Verse 30, the father asks the second son to go to work in the vineyard, “and he answered, ‘I go, sir’; but he did not go”. People saying and not doing is one of the greatest weaknesses of Christianity. It brings the charge of hypocrisy.

Saying and not doing is something of which we are all guilty. If even Saint Paul has to acknowledge that he wishes to do one thing and does the other, then how much more would we need to admit that our deeds often fall short of our words? Recognizing our failures is important, being honest about the sort of people we are. Integrity is essential to being a Christian; it is better to be an honest failure than a dishonest hypocrite.

If there are people who say, but don’t do, there are also people who do but don’t say. The first son in the parable is someone who prefers actions to words. In verses 28-29, Jesus says, “A man had two sons; he went to the first and said, ‘Son, go and work in the vineyard today.’ He answered, ‘I will not’; but later he changed his mind and went”. Jesus tells his listeners that it is the person who acts, even if he speaks in a different way, who is closest to God. In verse 31, we read, “‘Which of the two did the will of his father?’ They said, ‘The first.'”

Jesus is teaching in plain terms that actions are more important than words, that those who do things are much closer to God than those who say things. It is a challenge to all who profess to be Christians, that those who say little, those who may even speak words rejecting belief, might be closer to God than those who speak of the faith, but who do not live it. It is better that we are people who do, but don’t say than that we are people who say, but don’t do.

The fourth group of people in the reading are those who say and do, yet they are people who are very unlikely candidates for the role of being an example of faith. In verses 31-32 Jesus says to the chief priests and the elders, “Truly I tell you, the tax collectors and the prostitutes are going into the kingdom of God ahead of you. For John came to you in the way of righteousness and you did not believe him, but the tax collectors and the prostitutes believed him; and even after you saw it, you did not change your minds and believe him”. The people on the very edge of society are those who are finding a place in the kingdom of God because they have accepted the way of righteousness taught by John, they have believed him.

In our Christian lives, we all drift between being one or other of the four sorts of people in the reading. At times there are moments when we neither say nor do, at times there may be moments when we both say and do. If we aspire to a place in the kingdom of God, saying and doing are necessary. Speaking of John the Baptist, Jesus accuses the chief priests and the elders, “you did not change your minds and believe him”. May we be people who change our minds and believe Jesus.