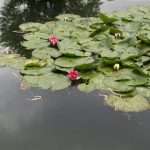 It was a question to determine what was of value, what mattered to them. “If your house was burning down and you could save only one thing, what would it be?” The class were asked. The answer, particularly those from the boys, were mostly predictable.

One girl, though, was more reflective, “I would want to save our family photo album”.

In cash terms, the photo album would be of least worth, it’s value being only sentimental, but isn’t the notion of value itself only sentimental? What is there in this world that has any value other than that given to it by our sentimentality?

Put yourself in the middle of a desert or trapped in a remote mountain range. What’s valuable there? Food and the equipment needed to survive. Everything else is of no use. What would you do with gold bullion or precious stones or priceless art in mid-Sahara or the high Andes? Would it feed you for one more day? Would it protect you from elements that have the potential to kill you? What use would you be, arriving at a refugee camp, with a truckload of antiques or paintings? Would any of them save the life of a child dying from diarrhoea?

The essentials of life are the only things in this world that are of intrinsic worth, everything else has only sentimental value, the value attached to it by human thoughts and desires. Artworks may sell for tens of millions at auction, but their value is that attributed to them by human inclination. What is the difference between a work by Monet and one by a member of a local art evening class? They are both on canvas. They both have wooden frames. They both have paint applied to the canvas. The difference arises from the opinion of people regarding the value of what is on the canvas; it’s a matter of human sentiment.

If the house was burning down and there was a choice about what to save, a priceless Monet or a family photograph album, the choice would be simple. They are both of no more than sentimental value, so the one that would matter the most would be the photograph album. There are plenty of Monet’s works around, but the lives captured in the photographs that gaze from the pages of family snaps are unique, irreplaceable.